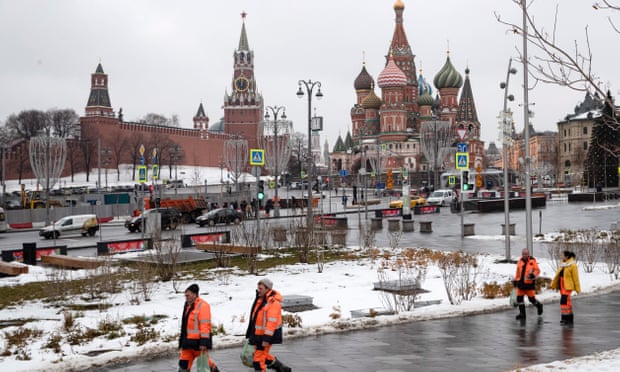 Russia’s domestic security service has detained a US citizen on suspicion of spying.

The FSB, the successor of the Soviet-era KGB, said in a statement that the American was arrested on Friday “while carrying out an act of espionage”.

The statement, in Russian, used a name that appeared to translate as Paul Whelan and said a criminal case had been opened “under article 276 of the criminal code (Espionage)”.

No further details were given. People convicted of spying in Russia face a prison term of between 10 and 20 years.

The US embassy in Moscow could not immediately be reached for comment on Monday, a public holiday in Russia.

On Sunday Russia’s president, Vladimir Putin, expressed a desire for better relations with the US in 2019. In a new year letter to the US president, Donald Trump, he said Moscow was ready for dialogue on a “wide-ranging agenda”.

A Kremlin statement said Putin’s letter stressed that Russia-US relations were “the most important factor for providing strategic stability and international security”.

Russia has sought to improve relations with the west after a year in which diplomacy was at its frostiest since the cold war.

Britain expelled 23 Russian diplomats over accusations that the Kremlin was behind the novichok attack in March on the former double agent Sergei Skripal and his daughter, Yulia, in Salisbury. Russia denied any involvement in the poisoning and, in retaliation, sent home the same number of British embassy workers.

In October, the US justice department accused seven Russians of being GRU military intelligence officers, charging them with hacking and wire fraud. Four men from that group were expelled from the Netherlands in April after being caught allegedly attempting to hack the Organisation for the Prohibition of Chemical Weapons.

On 13 December, Maria Butina, a 30-year-old Russian citizen and suspected spy, pleaded guilty in a Washington DC court to conspiracy to act as an agent of a foreign government.

There are, however, small signs of improved relations between Russia and the UK: Russia’s embassy in London said on Friday that Moscow and London had agreed to return some staff to the respective embassies.