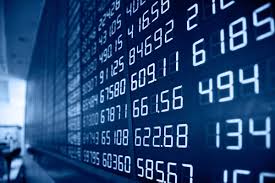 Last quarter, the scene for stocks got progressively uglier, highlighted by an unusually weak December. In 2019, expectations are for the S&P 500 to suffer significant losses at some point, after having completed a five-wave bullish sequence off the 2009 low. The first major downside target arrives at the 2009 bull-market trend-line.

The eventual target for the down-move clocks in at a full reversal of the last leg of the bull market, meaning a move down to the 2100/1800 zone. This will take some time, of course, barring a major unforeseen catalyst. However, despite a strong bearish bias for the year, modest strength could develop in the first quarter with markets having become oversold in Q4. Any rally that ensues will be viewed as a rally to sell.