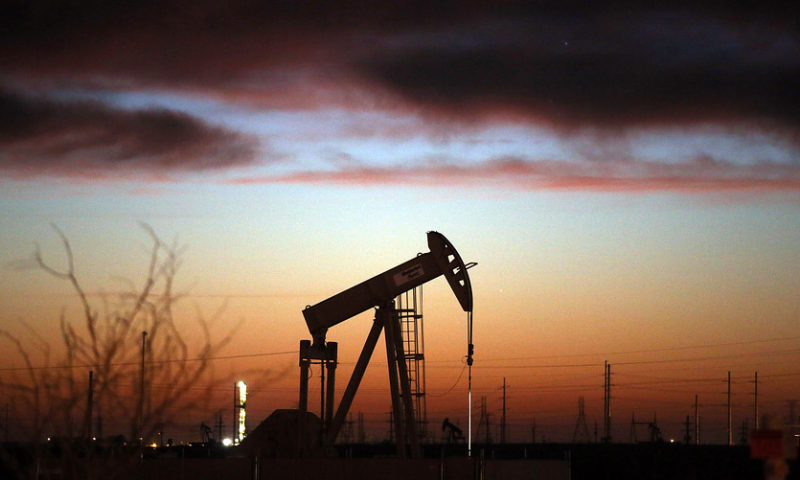 For the week, WTI finished with a decline of 0.6%, while Brent booked a weekly fall of 3%. Both grades logged their third consecutive weekly losses.

The Energy Information Administration reported Friday that domestic crude supplies fell by 46,000 barrels for the week ended Dec. 21. Gasoline stockpiles rose by 3 million barrels last week, while distillate stockpiles were virtually unchanged, according to the EIA.

That data contrasted with a late Thursday report from American Petroleum Institute, which indicated an inventory build of 6.9 million barrels for the same week, which was more than twice estimates for a build of around 3 million barrels, said Robert Yawger, director of energy at Mizuho Securities U.S.A., in a phone interview.

Industry experts point out that API’s data is submitted voluntarily while those from EIA are derived from Energy Department resources. The two reports often diverge, with traders putting more emphasis on the official statistics.

“A 46,000 drawdown is pretty lame, but at least it’s not a 7 million-a-barrel build like the API reading, which would have been catastrophic given the fragile nature of things,” Yawger said.

Still, traders were surprised not to see a bigger seasonal decline in crude stockpiles.

“We were surprised not to see a larger draw especially at this time of year where we usually see selling of inventories due to year-end tax consequences,” said Tariq Zahir, managing member of investment-advisory firm Tyche Capital.

In recent trade, crude has been moving in lockstep with the gyrations of equities, with WTI declining 3% on Christmas Eve, followed by a nearly 9% rally on Wednesday, then Thursday’s fall. U.S. oil is headed for a weekly gain of 0.3% and a monthly drop of just over 10%, while Brent is facing a monthly fall of just over 8%.

Zahir said he expected that dynamic to persist until fundamental factors in crude output are resolved.

“We do feel we will see crude trade along with the equity markets in the very short term, but we do anticipate until we see Saudi Arabia cut inventories in January…crude could trade toward the lows in the weeks to come,” he said. He said the degree of any cuts also will be a factor in how traders trade crude futures.

Investors have been wrestling with growing fears that a deterioration in appetite for so-called risk assets from oil to stocks was signaling ebbing economic growth, suggestive of a bearish environment for oil demand.

Overall, the crude market has been heading lower because investors are worried that efforts to remove a recent oil glut are falling short, amid economic sanctions imposed by the U.S. against by the U.S. against Iran, one of the world’s largest oil producers and a member of the Organization of the Petroleum Exporting Countries.

The EIA reports were delayed because due to the Christmas Day holiday on Tuesday.

Separately, traders appeared to mostly ignore a report from Baker HughesBHGE, -0.19% on Friday showing that the number of active U.S. rigs drilling for oil rose by 2 to 885 this week. The total active U.S. rig count, which includes oil and natural-gas rigs, added 3 rigs to reach 1,083.