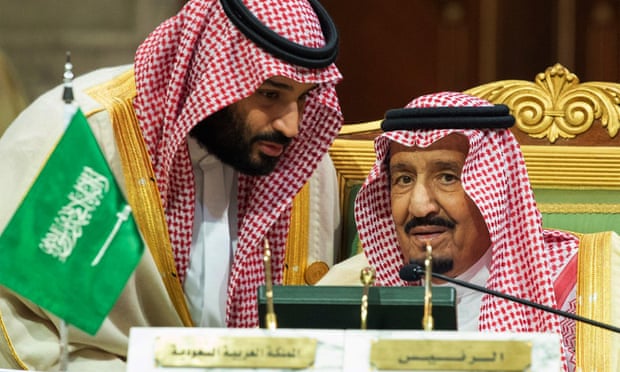 Saudi Arabia’s King Salman has ordered a wide-ranging overhaul of top government posts, including a new foreign minister, after the international fallout from the killing of the Saudi writer Jamal Khashoggi nearly three months ago.

He also ordered a shakeup of the kingdom’s two supreme councils that oversee matters related to the economy and security. Both are headed by the king’s son, Crown Prince Mohammed bin Salman, whose powers, including roles as deputy prime minister and defence minister, were untouched in the overhaul.

The changes appear to further consolidate Prince Mohammed’s grip on power by appointing advisers and members of the royal family who are seen as close to him.

Adel al-Jubeir, the foreign minister who took over the post in 2015 from the late Prince Saud al-Faisal, has been replaced by Ibrahim al-Assaf, formerly a longtime finance minister. Jubeir was appointed to the rank of minister of state for foreign affairs.

Assaf had been serving as a minister of state before being named foreign minister. He holds seats on the boards of the state-owned oil company Saudi Aramco and the kingdom’s sovereign wealth fund, the Public Investment Fund. Prince Mohammed oversees both entities.

The king issued a number of other royal decrees, which were read out on state TV, including the replacement of the media and education ministers. Turki al-Shabanah, a Saudi TV presenter, was named media minister, with Hamad al-Sheikh appointed minister of education.

Meanwhile, Prince Abdullah bin Bandar – the son of Prince Bandar al-Saud, who once served as Saudi ambassador to Washington – was named head of the national guard. The force is tasked primarily with the protection of the Al Saud ruling family. Prince Abdullah had been deputy governor of Mecca.

One significant change affects a close aide of Prince Mohammed, Turki al-Sheikh, who was named as head of the kingdom’s general entertainment authority, a body created in recent years to help organise and promote concerts and other events that had long been banned in the conservative country.

Sheikh was replaced as head of the sports authority by Prince Abdulaziz bin Turki al-Faisal.

Sheikh’s appointment as head of entertainment means he no longer oversees a cybersecurity and programming body that was led by Saud al-Qahtani, a close aide to Prince Mohammed who was fired from his post and placed under sanctions by the US treasury department for helping to mastermind the plot in Istanbul that led to Khashoggi’s killing.

Khashoggi, a critic of Prince Mohammed, was killed and dismembered by a team of Saudi agents in the Saudi consulate in Istanbul on 2 October.

Saudi Arabia denies Prince Mohammed knew of the plot. He has been backed by Donald Trump, who has touted US-Saudi ties. The US Senate, however, passed a unanimous resolution saying it believed Prince Mohammed was to blame for the murder.

The killing badly damaged Prince Mohammed’s international image as a transformational leader committed to the type of changes Saudi Arabia’s allies in the west had long hoped for.