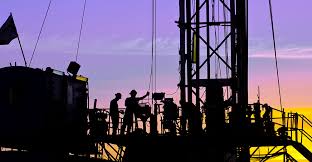 Berry Petroleum (NASDAQ:BRY) last released its quarterly earnings results on Wednesday, November 7th. The energy company reported $0.47 earnings per share (EPS) for the quarter, missing the Thomson Reuters’ consensus estimate of $0.54 by ($0.07). The business had revenue of $142.95 million during the quarter, compared to analysts’ expectations of $154.10 million.

A number of other analysts also recently issued reports on BRY. Capital One Financial downgraded Berry Petroleum from an “overweight” rating to an “equal weight” rating in a research report on Thursday, December 20th. ValuEngine downgraded Berry Petroleum from a “sell” rating to a “strong sell” rating in a research report on Thursday, November 8th. Finally, Zacks Investment Research downgraded Berry Petroleum from a “buy” rating to a “hold” rating in a research report on Tuesday, October 30th. One research analyst has rated the stock with a sell rating, three have assigned a hold rating and eight have assigned a buy rating to the company. The stock has a consensus rating of “Buy” and a consensus target price of $20.00.
BRY opened at $7.94 on Monday. Berry Petroleum has a 1 year low of $7.87 and a 1 year high of $18.55. The company has a current ratio of 0.71, a quick ratio of 0.71 and a debt-to-equity ratio of 0.44.