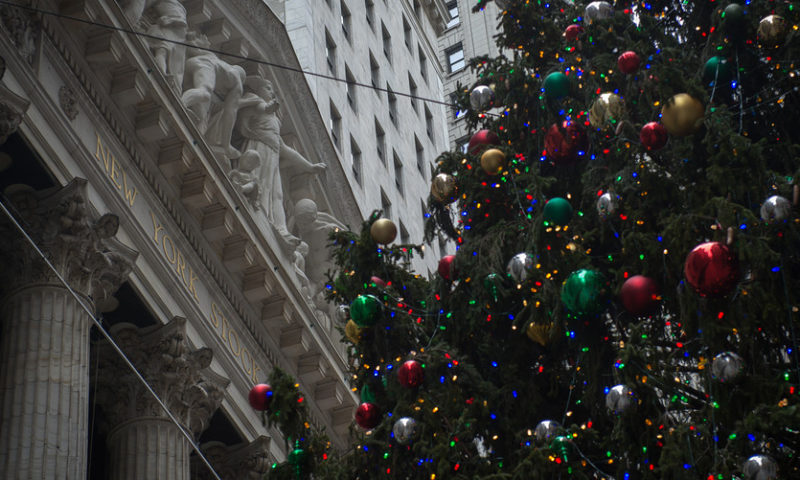 U.S. stock futures rose Monday, indicating markets could bounce in a holiday-shortened session after the worst week of trading since the financial crisis of 2008.

Equity and bond markets will finish early to mark Christmas Eve and will be closed on Tuesday for the Christmas holiday. The rest of the week will see normal trading hours. However, with many traders out for the holidays, volumes are expected to be thinner and move could be exaggerated.

Monday’s potential bounce came as China’s Ministry of Commerce said “new progress” had been reached in “vice-ministerial-level” trade discussions with the U.S. in a teleconference Friday, the South China Morning Post reported on Sunday.

Mnuchin will also hold a call Monday with the President’s Working Group on financial markets “to discuss coordination efforts to assure normal market operations.” The Treasury chief is on vacation in Cabo San Lucas, Mexico.

Asian stocks had a mixed session, with China’s Shanghai CompositeSHCOMP, +0.43%   modestly higher, while the Nikkei NIK, -1.11% was closed for a holiday. European stocks SXXP, -0.43% pointed to a weaker start.