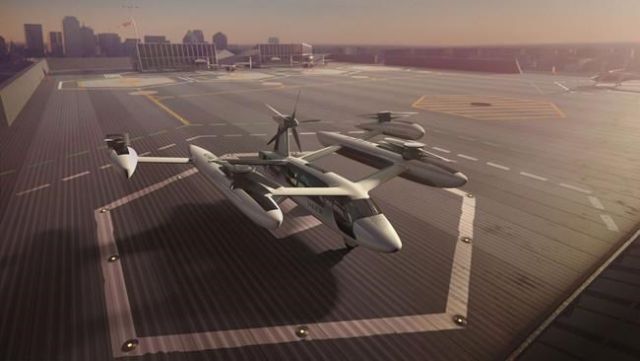 The flying cars depicted in science fiction classics such as “Blade Runner” and “The Fifth Element” have long been seen as flights of fancy, but their arrival is closer than you think.

At least a dozen companies are prototyping or testing flying cars or passenger drones, according to a Deloitte report from January.

Air taxis will number 15,000 and become a global market worth $32 billion by 2035, with aerial delivery and inspection services adding on another $42 billion, a study by Porsche Consulting predicts.

Vertical takeoff and landing craft (VTOLs) carry the promise of delivering people and goods across congested urban and suburban areas in a fraction of the time a driver would need, taking cars off the road in the process. But technological and regulatory hurdles remain. And whether aerial vehicles can substantially change commuter behaviour and emissions — or overcome questions of safety and public perception — is still up in the air.

Most VTOLs — or eVTOLs if they are electric-powered — resemble an oversize drone, sporting a halo of small rotors around a passenger pod and taking off and touching down like a helicopter. But they will be quieter, cheaper and greener than their heli-cousins, experts say.

“Instead of this deep, guttural, penetrating-through-walls sound, you have a much more acceptable sound, similar to a ceiling fan,” said Nikhil Goel, head of product at Uber Technology Inc.’s aviation team, dubbed Uber Elevate.

Uber hopes to start hauling passengers in five-seat, hybrid VTOLs above Los Angeles, Dallas-Fort Worth and a third city outside of the U.S. by 2023.

“The vehicles are real. They’re coming. I think it’s going to be faster than anybody thinks is possible,” Goel said.

He sees the first wave of aerial taxis providing a shuttle service between major airports and downtown vertiports that integrate into the mass transportation system, rather than leapfrogging from block to block — a hub-to-hub travel option akin to a monorail.

“We are not building this product for the elite,” Goel said.

A few years after the launch of Uber Air, as it’s dubbed, the cost of an aerial trip will be the same as one on the asphalt, he said.

He calculates that an aerial taxi would cut a 90-kilometre commute between the downtowns of San Francisco and San Jose to 15 minutes, down from an hour and 40 minutes.

Uber is not alone in setting its sights on VTOLs. Chinese drone manufacturer Ehang carried out flight tests with a single-passenger drone earlier this year, according to the company’s website. German startup Volocopter has produced an air taxi prototype, taking to the skies above Dubai in 2017. And Kitty Hawk, a California-based company funded by Google founder Larry Page, produced a sleek, one-seat VTOL prototype this year.

Bell (formerly Bell Helicopter), is one of five companies Uber has teamed up with, along with Karem, Pipistrel and aerospace rivals Embraer and Boeing’s Aurora Flight Sciences.

Battery life is one area that needs to advance, with lithium-ion packs today lasting for between 50 and 100 kilometres on a multi-rotor electric propulsion system, he said.

Regulations are another obstacle. To avoid crowding urban skies, VTOLs could trace existing airplane takeoff and landing routes, but at a lower altitude, buzzing along at between 150 and 330 km/h.