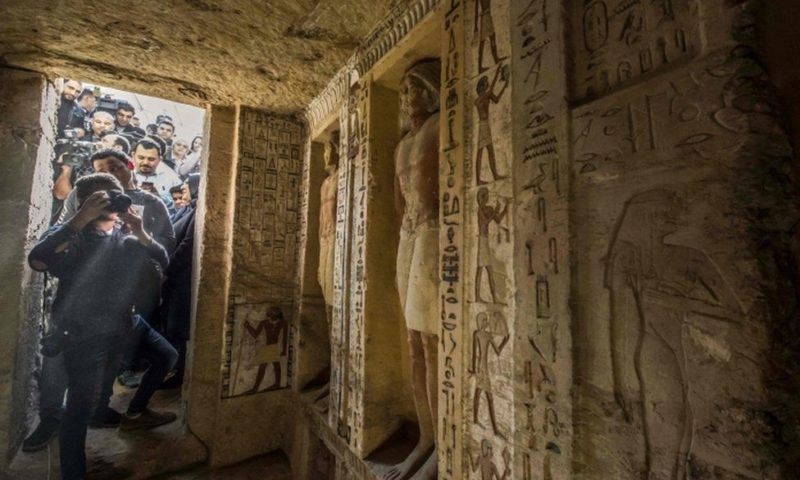 Archaeologists in Egypt have made an exciting tomb discovery – the final resting place of a high priest, untouched for 4,400 years.

Mostafa Waziri, secretary-general of the Supreme Council of Antiquities, described the find as “one of a kind in the last decades”.

The tomb, found in the Saqqara pyramid complex near Cairo, is filled with colourful hieroglyphs and statues of pharaohs. Decorative scenes show the owner, a royal priest named Wahtye, with his mother, wife and other relatives.

Archaeologists will start excavating the tomb on 16 December, and expect more discoveries to follow – including the owner’s sarcophagus.

How the global trade in tear gas is booming