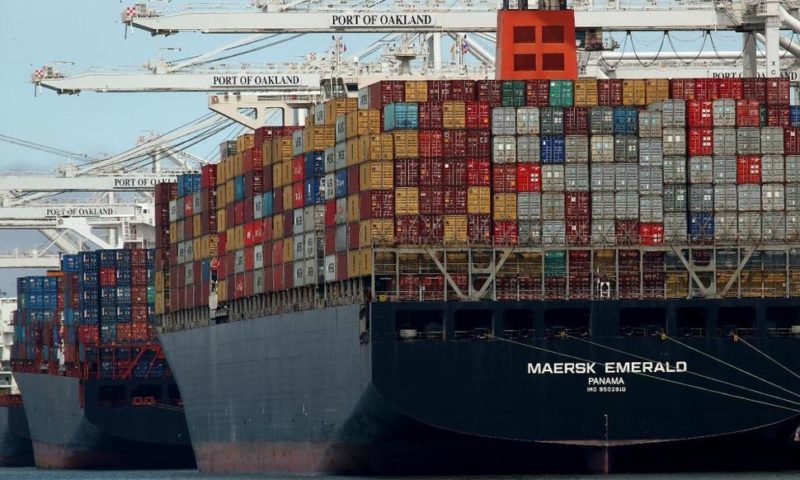 BEIJING — China announced a 90-day suspension on Friday of tariff hikes on U.S. cars, trucks and auto parts following its cease-fire in a trade battle with Washington that threatens global economic growth.

The suspension is China’s first step in response to President Donald Trump’s Dec. 1 agreement to suspend U.S. tariff hikes for a similar 90-day period while the two sides negotiate over American complaints about Beijing’s technology policy and trade surplus.

China has indicated it plans to move ahead with the talks despite strains over the arrest of a Chinese technology executive in Canada to face possible U.S. charges related to a violation of trade sanctions on Iran.

Beijing will suspend a 25 percent import charge on cars and trucks and a 5 percent charge on auto parts, effective Jan. 1, the Finance Ministry announced.

The Finance Ministry said the tariff suspension would apply to imports worth up to a total of $126 billion, but that would be nearly 10 times the $13 billion of vehicles the United States exported to China last year.

China is the world’s biggest auto market but most U.S.-branded vehicles sold here are manufactured in Chinese factories. The automaker hit hardest by the Chinese tariff hike was Germany’s BMW AG, which ships SUVs made in a South Carolina factory to China.

The penalties were imposed in response to Trump’s decision to slap 25 percent tariffs on $50 billion of Chinese goods and a 10 percent charge on another $200 billion. The second tariff was due to rise Jan. 1 until Trump agreed to the postponement.

The United States and other trading partners complain Beijing steals or pressures companies to hand over technology in violation of its market-opening obligations. American officials also worry Chinese industry plans that call for state-led creation of global champions in robotics and other fields threaten U.S. industrial leadership.

A spokesman for China’s Commerce Ministry, Gao Feng, said Thursday the two sides were in “close contact” but gave no timetable for possible face-to-face negotiations.

Economists say 90 days probably is too little time to resolve conflicts that have bedeviled U.S.-Chinese relations for years. They say Beijing’s goal probably will be to show it is making progress so Trump extends his deadline.

Friday’s announcement “shows the Chinese government is willing to solve trade disputes through consultation based on equality,” said Song Lifang, an economist at Renmin University in Beijing.

The tariff cut lowers the charge for U.S.-made cars and trucks to 15 percent, the same level as imports from other countries.

“If the United States cuts or remove tariffs on Chinese goods, China will surely follow up with further relevant measures,” Song said.