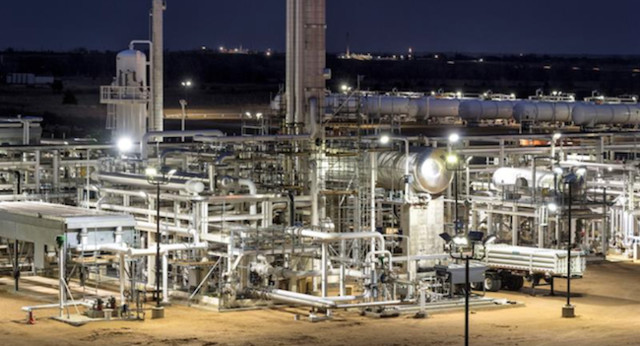 Enbridge Inc. is announcing $1.8 billion in new investments, including the $265-million purchase of pipeline and terminal assets in northern Alberta from oilsands producer Athabasca Oil Corp.

The Calgary-based pipeline, utility and power company says it will also spend US$600 million to buy a 22.75 per cent interest in the Gray Oak Liquids Pipeline, which is under construction and expected to deliver light crude oil to Corpus Christi, Texas, starting in late 2019.

Enbridge is further announcing about $800 million in spending on four natural gas transmission expansion projects in the United States that are to come into service in the 2020-23 time frame.

Ahead of its investor day in New York today, the company said it will raise its dividend by 10 per cent for next year.

It says that means it will pay a dividend of $2.95 per share annually, effective in the first quarter of 2019. Based on Enbridge’s closing share price Monday of $42.09, the stock will have an annual yield of about seven per cent.

Enbridge also says it anticipates another 10 per cent increase in its dividend for 2020.

The increase in its payment to shareholders comes as the company has been restructuring its business this year to focus on its low-risk regulated pipeline and utility operations.

Enbridge has sold non-core assets, simplified its structure and reduced its debt.

Here’s the most recent update on money flows in Nvidia, Apple and Amazon