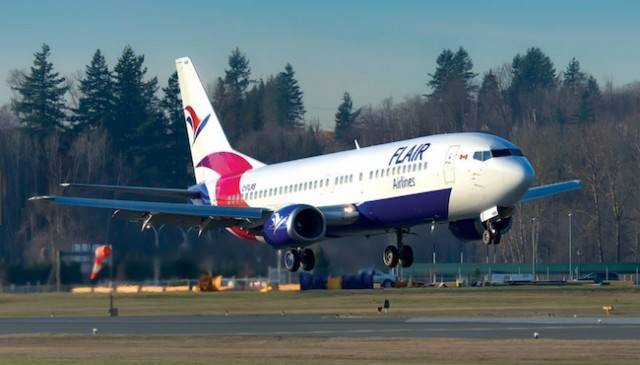 The workers are negotiating their first contract with wages, pensions and scheduling all on the table. If negotiations aren’t settled, the strike could begin early next week.

“Flights are not grounded at this time. There is no impact on passenger safety,” said Gary Yee, Canadian Union of Public Employees local 4060 representative. “There will likely be a slowdown and a reduction of service on board. Your ability to buy beverages and things like that will be limited.”

The union cites a two-tiered wage structure for existing workers and new hires as being a major stumbling block.

“Flair is transparently engaging in a divide and conquer strategy aimed at driving a wedge between workers in order to compete with other ultra-low-cost carriers. It is completely unfair to pay one group of flight attendants 30 per cent less for doing the same work as other flight attendants,” said Yee.

In a statement, Flair says they have been forced to reduce their starting wages to that of their competitors.

Flair says since the 72-hour strike notice was called, “many” flight attendants told management they would continue to work in spite of any labour action called by the union.

“The support we have received suggests all flights will operate normally on Monday, but we recommend passengers check the status of their flight on our website,” Dias said.

Flair offers service to several Canadian and international destinations from Kelowna International Airport. The union will be in a legal strike position midnight on Dec. 10.