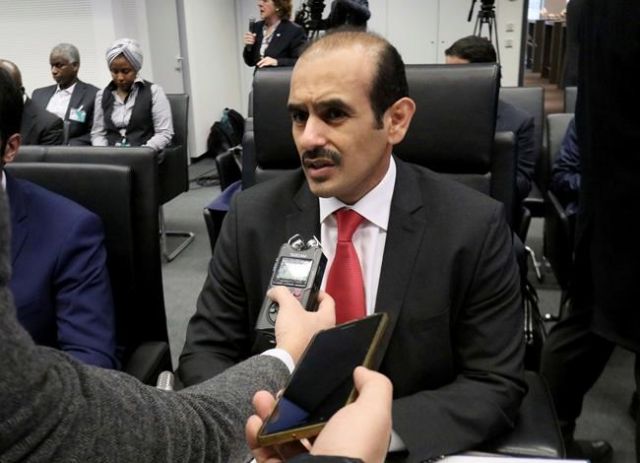 OPEC countries were gathered Thursday to find a way to support the falling price of oil, with analysts predicting the cartel and key ally Russia would agree to cut production by at least 1 million barrels per day.

Crude prices have been falling since October because major producers — including the U.S. — are pumping oil at high rates and due to fears that weaker economic growth could dampen energy demand. The price of oil fell 22 per cent in November and was down again on Thursday amid speculation that OPEC’s action might be too timid to support the market.

Saudi Arabia, the heavyweight within OPEC, said Thursday it was in favour of a cut.

“I think a million (barrels a day) will be adequate personally,” Saudi oil minister Khalid Al-Falih said upon arriving to the meeting in Vienna. That, he said, would include production for both OPEC countries as well as non-OPEC countries, like Russia, which have in recent years been co-ordinating their production limits with the cartel.

That view was echoed by others, including the oil ministers of Nigeria and Iraq.

“I am optimistic that the agreement will stabilize the market, will stop the slide in the price (of oil),” said Iraq’s Thamir Ghadhban.

Investors did not seem convinced, however, and were pushing the price of oil down sharply again on Thursday, with some experts saying there is concern about the size of the cut. The international benchmark for crude, Brent, was down $1.52 at $60.04 a barrel.

“The cartel has to go above and beyond the 1 million barrels cut, to at least 1.4 million to really steady the ship,” said Neil Wilson, chief market analyst at Markets.com.

The fall in the price of oil will be a help to many consumers as well as energy-hungry businesses, particularly at a time when global growth is slowing. And U.S. President Donald Trump has been putting pressure publicly on OPEC to not cut production. He tweeted Wednesday that “Hopefully OPEC will be keeping oil flows as is, not restricted. The World does not want to see, or need, higher oil prices!”