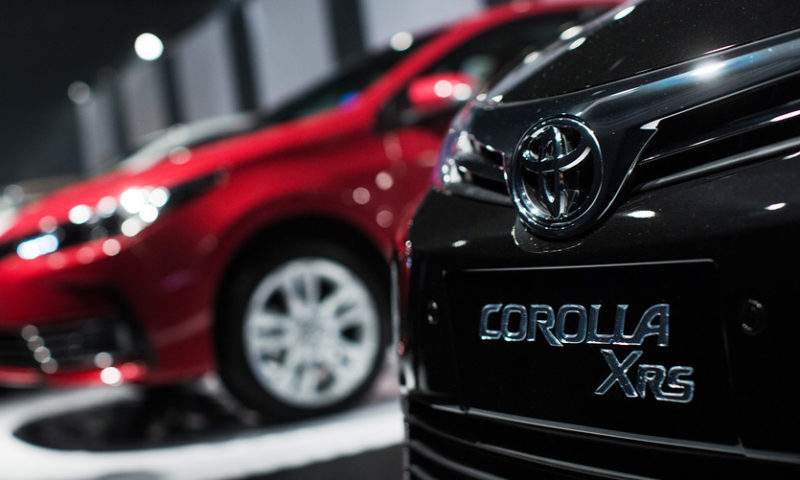 Jim Lentz says despite rise in trucks, Toyota will stay in passenger-car business

DETROIT — Toyota’s top U.S. executive says car sales nationwide have nearly bottomed out and his company will keep making them despite a dramatic shift to trucks and SUVs.

U.S. CEO Jim Lentz told the Detroit Economic Club on Wednesday that car sales fell below 30 percent of sales last month, and he thinks that’s close to the bottom.

Nationwide, passenger car sales are on pace to be 800,000 vehicles below 2017, while truck and SUV sales should increase by the same amount. Low fuel prices, ease of entry and exit, and ample storage space have fueled an SUV sales boom that has accelerated during the past two years.

Toyota’s car sales are down nearly 12 percent through October while truck and SUV sales are up 8 percent.

Lentz said that U.S. car sales this year probably will fall below what they were in 2010 during the financial crisis. “There is a depression on the passenger car side,” he said.

Still, Toyota will stay in the market with its midsize Camry, a new compact Corolla and other models. It even plans to add a model next year when it revives the Supra sports car, he said.

Toyota made the high-performance Supra from 1978 to 2002, according to its website. The company plans to unveil the new Supra next month at the North American International Auto show in Detroit.

For Americans looking for a better life, this state is their No. 1 choice