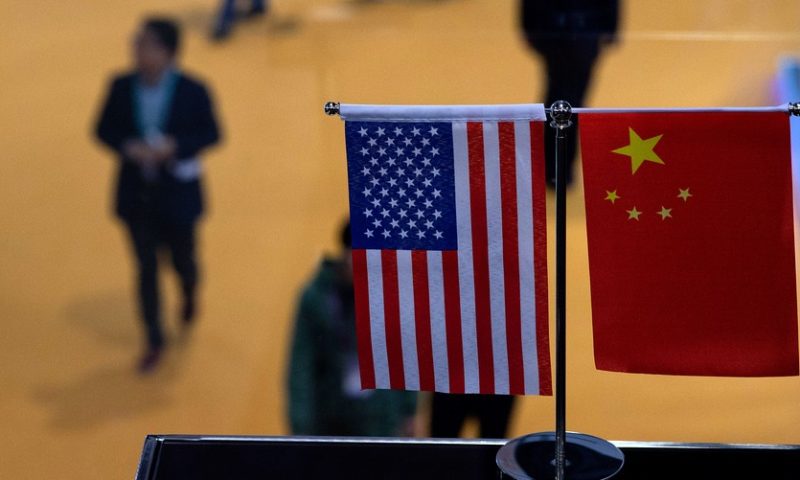 U.S. stocks finished sharply lower Tuesday, logging their worst day in nearly a month, as skepticism mounted over the significance of an agreement reached by the U.S. and China to postpone new tariffs and as the market digested a flattening yield curve in U.S. government debt.

The market will be closed Wednesday as the nation stops to mourn former President George H.W. Bush, who died Friday at 94.

The financial and industrial sectors were the biggest losers while utilities were the sole gainer in the S&P 500. All three benchmarks had their worst day since Oct. 10.

Doubts surrounding the U.S. and China’s ability to achieve a concrete deal to avoid new, or expanded, bilateral tariffs are rising, as investors focused on the lack of specific concessions made by China at last weekend’s G-20 meeting in Argentina, where President Donald Trump and Chinese President Xi Jinping met.

While the U.S. agreed to a 90-day moratorium on threats to raise tariffs on more than $200 billion in imports to 25% from 10%, a comparison of official statements from Chinese and U.S. officials suggests there may be a long way to go before the two camps are able to come to an agreement that can ease tensions more permanently.

Meanwhile, confusion spread Monday night over when exactly the 90-day timeline would begin, after White House economic adviser Larry Kudlow mistakenly stated that the negotiating window would begin on Jan. 1, 2019. The White House later put out a correction, stating that it began on Dec. 1.

The flattening of the U.S. yield curve is also weighing on sentiment as yields on government debt continue to fall. On Monday, the yield on five-year government debt slid below the yield on three-year debt, a phenomenon which has preceded previous recessions, and a sign that investors are more confident about current than future economic growth as the Federal Reserve raises rates.

A more widely followed spread between the two-year yield TMUBMUSD02Y, +0.00% and the 10-year rate TMUBMUSD10Y, +0.00% tightened to its narrowest in 11 years. This ratio is a popular gauge of future economic growth, and if the 10-year yield falls below the two-year, it will raise significant concerns of an impending recession.

New York Fed President John Williams said that the U.S. economy is “in really good shape,” during a panel discussion with Fed economists in New York on Wednesday.

“Given this outlook . . I do continue to expect that further gradual increases in interest rates will best foster a sustained economic expansion,” he said.

“A number of factors are contributing to the tone today, including a flattening yield curve and the implications for a corresponding slowdown in domestic growth. Of course, persistent but inconsistent concerns with respect to progress on U.S.-Chinese trade negotiations are weighing on sentiment as well,” said Ryan Larson, head of equity trading for RBC Global Asset Management. “From a technical perspective, the S&P 500’s failure to hold its 200-day moving average added to selling pressure and volume [was] running moderately higher in afternoon trade. More broadly, the move confirms the range-bound pattern established over the past six weeks.”

“The market wants news of concrete steps to lower tariffs, not just pronouncements,” he said, pointing out that Trump’s statement on Sunday that China had agreed to “reduce and remove tariffs” on U.S. auto exports to China was already walked back by adviser Larry Kudlow.

Kevin Divney, senior portfolio manager at Russell Investments, also blamed the closure of the market Wednesday for contributing to the selloff. “With the market being closed tomorrow, today is kind of like the Friday before a long weekend. Nobody wants to be stuck with a bunch of risk they can’t unload tomorrow.“

Apple Inc. AAPL, -4.40% shares dropped 4.4% following a downgrade by HSBC analyst Erwan Rambourg, who cut the stock to hold from buy, noting that it was “too late to sell, too early to buy” Apple.

Dollar General Corp. DG, -6.80% slid 6.8% after the company cut its 2018 earnings outlook, though it beat estimates for third-quarter revenue.

Crude oil CLF9, -1.73% was volatile ahead of OPEC meeting this week where production cuts are expected. Gold prices GCG9, -0.53% settled higher while the dollar index DXY, +0.22% was mostly flat.