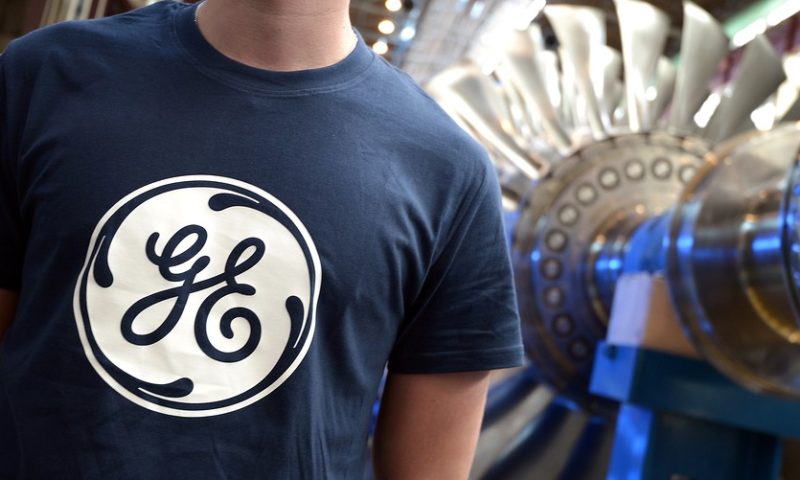 Shares of General Electric Co. took a dive Friday, and flirted with their lowest close in a decade, after Deutsche Bank analyst Nicole DeBlase hacked her price target following a review of the struggling industrial conglomerate’s free cash flow position.

What could also be weighing on investor sentiment, The Wall Street Journal reported that former GE employees, interviewed by federal investigators, said accounting problems at the company’s legacy insurance business that led to a massive charge stemmed from lax managerial oversight and the ignoring of risks.

The stock GE, -5.54% tumbled 6.6% in afternoon trade, putting it on track to close at the lowest level since March 9, 2009. Trading volume ballooned to about 127 million shares, making the stock the most actively traded by far on major U.S. exchanges, according to FactSet.

Since closing at $7.44 on Tuesday, which was previously the lowest close since March 2009, the stock had run up 6.7% through Thursday, to post its first back-to-back gains in over five weeks. Before the bounce, it had plunged 41% over a 24-session stretch, in which it declined 20 times. Losses accelerated after GE reported disappointing results on Oct. 30. 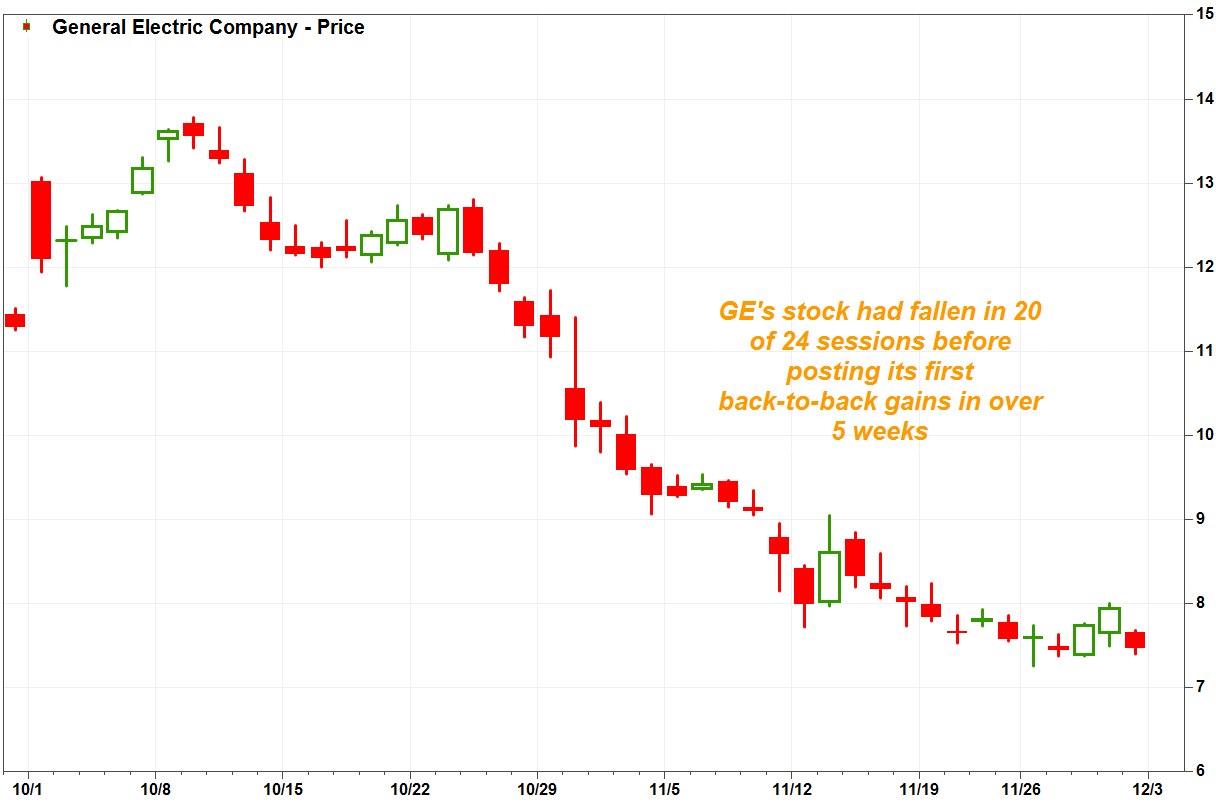 Deutsche Bank’s DeBlase cut her price target to $7, which is nearly 6% below current levels, from $11. That is now the second lowest target of the 22 Wall Street analysts surveyed by FactSet, above J.P. Morgan perma-bear analyst Stephen Tusa’s $6 target.

DeBlase said she cut her price target after taking time to digest everything she learned and didn’t learn from GE’s post-earnings conference call, and after fielding “plenty of investor queries” and feedback.

“The bad news is that in the bear case, GE Industrial [free cash flow] remains in negative territory throughout the forecast period, which extends to 2021,” DeBlase wrote in a note to clients.

It was worries about a cash crunch that led former-Chief Executive John Flannery to halve the dividend last year, and new CEO Lawrence Culp to slash the dividend to next to nothing last month.

The good news is that even in the bear scenario, the analyst is not forecasting a liquidity crisis, as she expects GE Industrial cash balances at the end of 2021 will match the third-quarter 2018 level of about $5 billion. “However, given that cash is not building, net leverage would remain high in this scenario…,” DeBlase wrote.

But in her more-likely “base case” scenario, which does not assume an economic downturn through 2021, her analysis of contract asset/progress payment headwinds and trade working capital headwinds brings her to a lower price target.

Citing “limited downside vs. the current share price,” DeBlase reiterated the hold rating she’s had on GE since she upgraded it from sell on July 11.

The stock has plummeted 57% year to date, making the stock the worst performer among the 72 components of the SPDR Industrial Select Sector exchange-traded fund XLI, +0.97% during that period. The ETF has slipped 4.3% this year, while the Dow Jones Industrial Average DJIA, +0.79% has gained 2.9%.