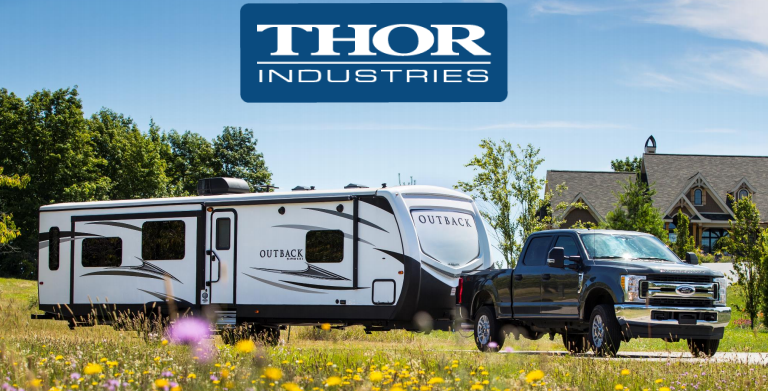 Thor Industries (NYSE:THO) last issued its quarterly earnings data on Thursday, September 20th. The construction company reported $1.67 earnings per share for the quarter, missing the Zacks’ consensus estimate of $2.03 by ($0.36). Thor Industries had a net margin of 5.16% and a return on equity of 24.97%. The company had revenue of $1.87 billion during the quarter, compared to the consensus estimate of $1.85 billion. During the same period in the previous year, the business posted $2.26 earnings per share. The firm’s revenue was down 3.2% on a year-over-year basis.

The firm also recently declared a quarterly dividend, which was paid on Friday, November 9th. Shareholders of record on Thursday, October 25th were given a $0.39 dividend. This is an increase from Thor Industries’s previous quarterly dividend of $0.37. This represents a $1.56 annualized dividend and a yield of 2.30%. The ex-dividend date was Wednesday, October 24th. Thor Industries’s payout ratio is currently 18.25%.

In other Thor Industries news, Director James L. Ziemer purchased 5,000 shares of the company’s stock in a transaction on Tuesday, October 9th. The shares were bought at an average cost of $81.74 per share, with a total value of $408,700.00. Following the transaction, the director now directly owns 14,000 shares in the company, valued at approximately $1,144,360. The purchase was disclosed in a document filed with the SEC, which is available at this hyperlink. Insiders own 4.20% of the company’s stock.

How to Handle a Financial Windfall