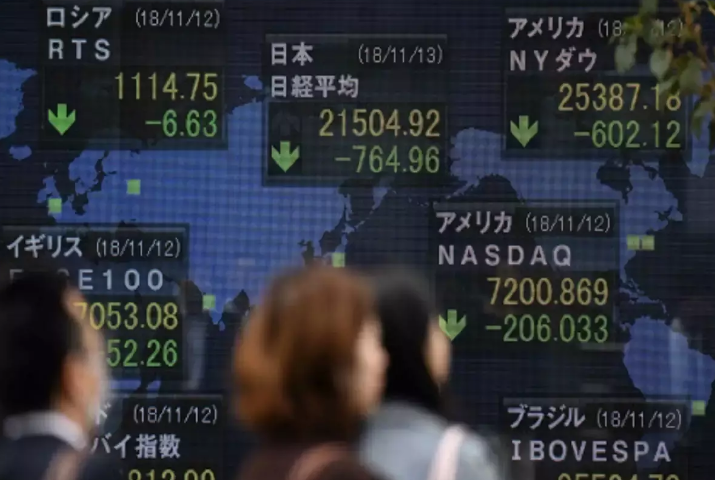 So-called “loan participation funds,” made up of funds that buy loans to highly indebted companies that typically must pay investors more as interest rates rise, posted $1.7 billion in withdrawals during the week ended Nov. 21. That was the most cash pulled from those funds since December 2015, the research service’s data showed.

High-yield “junk” bond funds based in the United States recorded $2.2 billion in withdrawals, the most in four weeks. Those funds include bonds from issuers with lower credit ratings.

Sentiment around corporate credit has turned more negative in recent weeks on concerns that economic and profit growth is starting to peak as rising interest rates from the Federal Reserve put more pressure on debtors.

The market includes a high number of issuers in the energy industry, which adds to the pressure on high-yield debt. Benchmark international Brent crude oil prices LCOc1 are about $59 a barrel, down more than 30 per cent from highs above $86 just last month.

In further signs of the risk-aversion, investors pulled $1.4 billion from technology sector stock funds in the week, the most since February 2015. Tech funds have been the stars in the US equity market’s near-10-year run but have been bludgeoned by the change in sentiment and dour headlines, including Apple Inc’s (AAPL.O) earlier this month putting out a lower-than-expected sales forecast for the Christmas quarter that jolted parts suppliers across the world.

Short-term US Treasury funds gathered $2.6 billion, the most since January 2016. The funds have low credit risk because the issuer is the government and less sensitivity to rates because they repay over a shorter time frame, allowing investors to reinvest the proceeds at higher rates.

One area in funds does reflect an appetite for greater risk-taking among investors. US-based funds invested in emerging market equities, such as those in China, pulled in $1.4 billion during the week, the most cash since March. Helping those stocks is a slowdown in gains for the US dollarNSE 1.42 %, whose rise this year put pressure on countries with greenback-denominated debts.

S&P 500 slides into ‘correction’ for second time this year