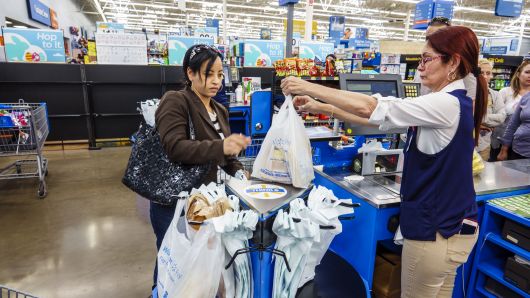 Consumer sentiment for November fell more than anticipated in the final reading of the month, although the index remained near record highs.

The University of Michigan’s monthly survey of consumers slipped to 97.5 in final November reading, more than the fall to 98.3 expected by economists surveyed by Refinitiv. The key economic indicator hit 98.6 in October’s final reading.

“Although the data recorded a decline of 2.8 Index points following the election, the drop was related more to income than political party: among those with incomes in the bottom third, the Sentiment Index rose by 10.4 points and fell by 6.6 points among those in the top third of the income distribution,” Richard Curtin, chief economist for The University of Michigan’s survey, said in a statement.

The index has slumped since March when it reached its highest level since 2004 with a reading of 101.4.

Goldman Sachs: The stock market plunge does not indicate a recession on the horizon