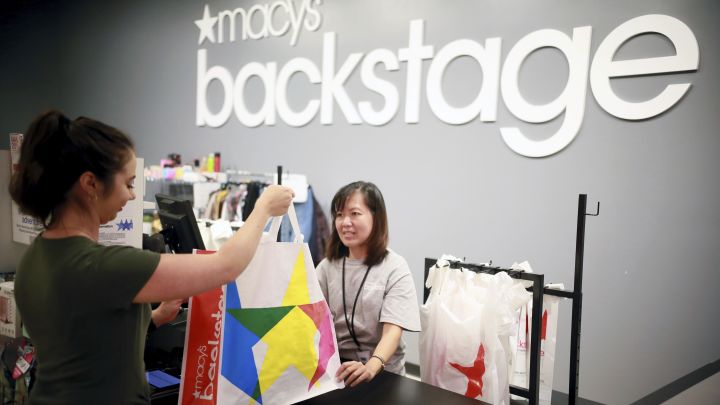 When its Thanksgiving Day Parade ends, the real work begins for Macy’s.

The department store chain has much to prove during the holidays if it wants to keep the momentum, generated by its latest turnaround plans, going strong.

Macy’s shares had rallied more than 80 percent over a 12-month period heading into its third-quarter earnings report last week. Although the retailer’s results largely topped analysts’ expectations and it raised its full-year earnings forecast, its stock sold off, ending the day down a little more than 7 percent. The drop is a sign that investors are unsure if there’s still room for growth ahead for Macy’s, or if the best is already behind it.

To win back investors’ confidence, Macy’s has three key things to prove this holiday season. First, it needs to show it can still grow same-store sales — a closely watched gauge of a retailer’s performance. The company has reported four consecutive quarters of same-store sales growth, as its turnaround initiatives have started to gain traction. But that also means Macy’s is facing a tougher comparison with last year’s performance.

Secondly, it needs to hit its goal to grow mobile sales to $1 billion by the end of the year. And third, the retailer must keep inventory in check during the holiday quarter without promoting merchandise too steeply, which can weigh on profits.

“The holidays are where Macy’s really shines,” CEO Jeff Gennette said on a recent call with analysts this month. “Several things give me confidence in our ability to deliver [in] the fourth quarter — consumer confidence and spending remains strong. … It’s a great backdrop.”

Indeed, the National Retail Federation is predicting holiday sales gains will be better than a five-year average of 3.9 percent. It expects a bump ranging from 4.3 percent to 4.8 percent.

Engines of sales growth
Macy’s has been pulling on several levers to get its sales growing after a three-year slump.

It’s spent some $200 million this year on 50 of its best stores to add new lighting, flooring and other fixtures. It’s made improvements to its website and added new features to its mobile app that help shoppers check prices or search a Macy’s store from their phones. It’s also rolling out spaces in stores for customers to retrieve online orders, hoping shoppers will ring up more items when they come in for pick-up.

Other growth drivers, Macy’s hopes, are its revamped loyalty program and the addition of Backstage, an off-price business rivaling the likes of Nordstrom Rack and TJ Maxx.

The retailer’s loyalty program now has an option for non-credit card holders to rack up points, encouraging them to shop more frequently. The company said this month it’s added 2 million new members to the platform since rolling out changes late last year.

And Macy’s is now up to about 165 Backstage stores within its existing full-line shops. It’s said those locations see two times more shopping trips, with basket sizes up an average of 30 percent. It continues to look for opportunities to add Backstage to other stores, including by trimming square footage to create so-called neighborhood shops.

“We expect additional marketing, which launched last month, will increase awareness of Backstage and bring new customers into the store,” Gennette said earlier this month. “Importantly, we continue to see a lift in sales across the entire store when we add in Backstage.”

Also new this holiday season are pop-up marketplaces, which were added to a dozen of its stores that house digital and local brands, with the goal of luring shoppers inside to find things they couldn’t experience elsewhere. The company has said it plans to grow this initiative next year. It acquired New York-based retailer Story this past May to bring on Story’s founder, Rachel Shechtman, to head up these plans. Shechtman is known within the retail industry to be in the know on up-and-coming and popular brands. She was bringing many of them to be showcased in her New York shop, and the hope is she will do the same at Macy’s.

But how much of Macy’s recent gains are coming from these measures, and how much is coming from a stronger economy and store closures, remains to be seen. Some warn that its latest same-store sales growth can be partially attributed to the fact that Macy’s has been in has been in the process of shutting 100 stores, with a large chunk of those closed in 2017.

“Any retail organization when you close stores, you are closing the worst-performing, which means that will artificially improve comps for another year,” Craig Johnson, president and founder of Customer Growth Partners, told in an interview. “It’s hard to break down exactly why the comps are up.”

$1 billion on mobile
Macy’s latest initiatives include making digital investments, particularly in mobile. The company is anticipating it will hit $1 billion in mobile sales by the end of the year, with a chunk of that expected to come during the holiday season with more people using Macy’s app to shop steep discounts on days like Black Friday and Cyber Monday. In the latest quarter, it said e-commerce sales were up a double-digit percentage, fueled by sales made via mobile devices.

“Macy’s seems to be pretty upbeat about where they stand,” said Retail Metrics founder Ken Perkins. But, he said, with Amazon on track to take roughly 50 percent of e-commerce sales this holiday season, “that is a significant issue not only for Macy’s but all retailers. How will Macy’s be able to get some of that?”

Macy’s has been building out and revamping its loyalty program, which is one way it continues to draw more people to use its mobile app, where a shopper’s rewards can easily be tracked. Its app is also helping in stores with things like mobile checkout and now includes an augmented reality furniture shopping tool.

Keeping inventory in check
The holiday season can make or break a retailer, depending upon if the company has too much inventory left over heading into the New Year. Retailers can, in turn, be forced to use heavy promotions to get rid of excess merchandise, which can weigh on profit margins for quarters to come.

Macy’s, unlike some of its peers such as J.C. Penney, is recently seen as getting a better grip on inventory management, using data analytics to plan what to stock and how much of it. CFO Paula Price said this month the company has been able to sell more full-price merchandise and “price better” because it’s been making more “informed decisions.” Macy’s has said it plans for inventory to be down at the end of this fiscal year.

Jefferies analyst Randal Konik said with Macy’s inventory being up just 1 percent at the end of the third quarter, while total sales were up 2 percent, this “could produce upside” to margins during the holiday season. Analysts overall have been pleased with these results, but Macy’s has to prove the numbers are sustainable.

Whatever discipline Macy’s has, its plans could be tested by rivals. Discounting is expected to be fierce in the department store sector during the holidays, according to a study by Refinitiv. The study found about 63 percent of merchandise in department stores will be discounted this year, up from 60 percent last year.

What the future holds
If Macy’s isn’t able to continue to grow sales in such a strong consumer environment, some analysts wonder what that could mean when the U.S. economy begins to cool off.

“What happens when things slow down a bit?” Perkins asked. “Department stores have typically been hit more in slowdowns than other retailers that sell basic necessities like a Target or Walmart.”

He, along with Johnson, added there could still be more store closures to come for Macy’s because of this looming threat, in addition to the fact that retailers increasingly need less space to hold goods as more purchases are made online. The company’s results after the holiday season — good or bad — could predict how soon those closures might come.

In the meantime, Macy’s continues to experiment with its real estate, including testing chopping up some of its stores to make room for other retailers or mini fulfillment centers that will help speed online orders to customers more quickly.

“We’re ready for all the gift traffic that we’re going to get in the fourth quarter,” Gennette said earlier this month. “So, we’re bringing a store fleet that has momentum into it with us. … We’re very motivated to put another positive comp on the board in the fourth quarter this year.”