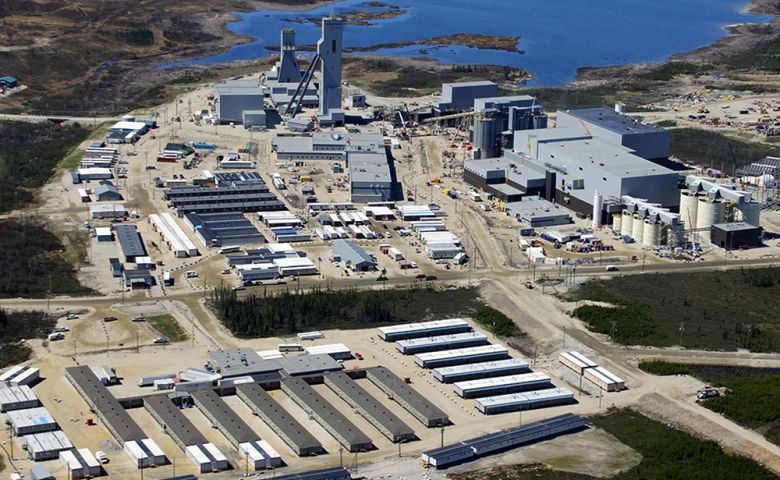 The Canadian mining industry applauded the latest budget update, which provides tax credits and incentives at a time when the sector is struggling.

“To be quite candid, it is the most positive economic statement or budget for the mining sector that we have seen in years, without question,” said Pierre Gratton, of the Mining Association of Canada.

The Liberal government is targeting mining companies, both large and small, by extending the Mineral Exploration Tax Credit — which allows companies searching for new mineral deposits to pass on tax credits to their investors — from one year to five years; and, another provision allows mining companies to immediately take larger tax write offs on large capital investments in equipment and machinery.

While many of the details of these incentives are still being examined, Gratton said his initial impression is the mining sector will find many pleasant surprises.

For instance, he said Finance Minister Bill Morneau’s fiscal update Wednesday restores the budget of Canada’s Trade Commissioner Service, which helps the mining sector, among others, find overseas customers for its products.

The good news comes at a time when trade tension between the U.S. and China have cast doubt over global economic growth, creating headwinds for many commodities, stifling profits and making it difficult for mining companies to raise money.

“I’ve been in this business since 1978 … and I don’t think I’ve ever seen the sentiment this bad,” said Bruce McLeod, chief executive of Sabina Gold and Silver Corp, which is constructing a gold mine in Nunavut.

Overall, the number of mining companies listed on the TSX and TSX-Venture exchange has declined to 1,195 at present from more than 1,400 in 2008.

On both exchanges combined, mining companies have raised $5.2 billion in equity through the first nine months of 2018, not quite on pace for the $8.2 billion raised in all of 2008.

In the gold sector, between 2010 and 2017, the 13 largest publicly listed producers including Yamana Gold Inc. and Barrick Gold Corp. wrote off US$85 billion as a result of poor investments, according to an analysis by the hedge fund Paulson & Co.

At a global scale, the percentage of investment dollars flowing into Canada for mineral exploration has declined from 20.5 per cent in 2008 to 13.8 per cent in 2017, according to the Prospectors and Developers Association of Canada.

Meanwhile, Canada’s junior mining industry — or companies searching for new mineral deposits — is only now emerging from a decade of flat to tepid growth in the best years, and sharp downturns in the worst years.

“Junior exploration has continued to languish,” said Gratton.”And if we’re not finding anything, then the pipeline of new mines isn’t there, and if that happens, then we’re really in trouble.”

Glenn Mullan, president of the PDAC, called the Liberals’ five-year extension of the Mineral Exploration Tax Credit a “huge win.”

According to Mullan, two-thirds of all mineral exploration in Canada is funded through METC investments.

Passed in 2000, the METC is designed to encourage investment in mineral exploration by allowing companies to pass tax credits to investors. It has expired annually, making long-term deals difficult.

“Now for the first time, we have a five-year time horizon,” said Mullan. “That’s very good for the most junior companies because they can do much more financial and strategic planning than ever before.”

“A one-year horizon was problematic from the beginning,” he added. “Mineral exploration is a long process, not too many people discover a mine in their first summer of work.”

The Accelerated Investment Incentive, which increases the tax writeoffs that mining companies can take on large capital expenditures to 45 per cent from 15 per cent, and provides 100 per cent writeoffs for clean tech, will also make a huge difference, Gratton said.

He pointed out that many mining companies are looking for new ways to use clean technology: Goldcorp Inc. is building an entirely electrical mine in Ontario, and Agnico Eagle Ltd. is contemplating building a wind or solar farm for operations in Nunavut.

“If you’re considering your investments around the world, Canada just got a whole lot more attractive,” said Gratton.

No snow in Lapland could spell a festive flop