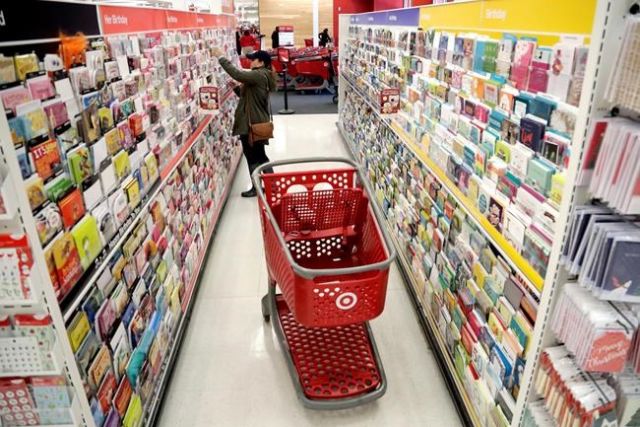 Shoppers are spending freely heading into the holidays, but heavy investments and incentives like free shipping by retailers are giving Wall Street pause.

Target Inc., Kohl’s Corp., Best Buy Co. and TJX Cos. all reported strong sales at stores opened at least a year. That’s a key measure of health for a retailer. Online sales also surged. Target reported a 49 per cent increase in online sales, which was better than expected.

But shares of Target and the parent of TJ Maxx took a hit after reporting that their third-quarter profit results were squeezed by higher e-commerce costs. Kohl’s delivered strong third-quarter results, but it issued a cautious annual profit forecast. Best Buy, which has been on a winning streak, couldn’t win over investors even as it boosted its annual earnings guidance.

“There are clearly a bit of two worlds. Everything we’re seeing about the consumer is very positive,” Best Buy CEO Hubert Joly told reporters on a conference call Tuesday. “Consumer confidence is at an all-time high…unemployment is incredibly low, wages are going up.”

But, he cautioned, “The financial market can be a different picture and we’ll see how it evolves.”

The National Retail Federation, the nation’s largest retail trade group, is expecting holiday retail sales in November and December — excluding automobiles, gasoline and restaurants — to increase as much as 4.8 per cent over 2017 for a total of $720.89 billion. The sales growth marks a slowdown from last year’s 5.3 per cent, which was the largest gain since 2010.

But the figure is still healthy and is the latest indication that the retail industry is far from an apocalypse that some feared only a year ago and a half ago. The growth forecast, which includes online sales, is slower than the average annual increase of 3.9 per cent over the past five years.

Still, retailers are facing a host of challenges. They’re grappling with an even stronger Amazon from a year ago, higher labour costs and surging online sales that are putting more pressure on their profit margins. Retailers are also monitoring the impact on tariffs that have been slapped on a variety of different goods imported from China, although holiday merchandise will likely not be affected because they’re already in U.S. warehouses. Any price increases could come starting early 2019.

But so far, there seems to be no warning signs that the strong economic times will end anytime soon.

No budget for rural internet

E. coli outbreak: Romaine lettuce probed in US and Canada