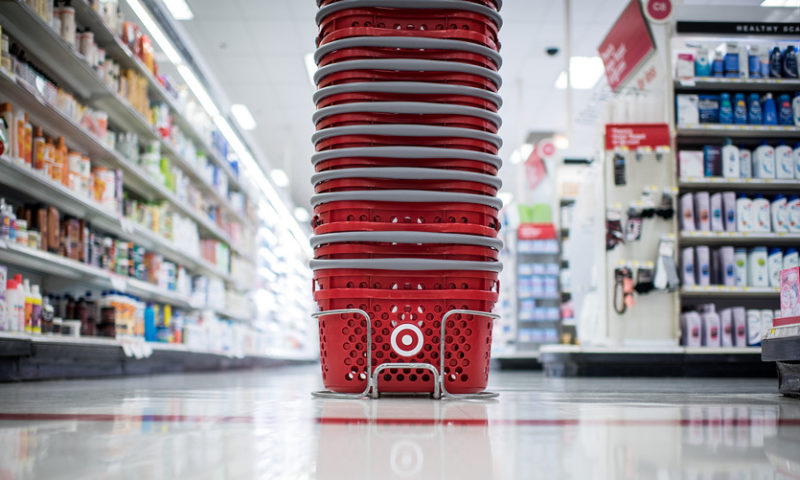 U.S. stocks closed sharply lower Tuesday, extending a pre-Thanksgiving rout that has been fueled mostly by a selling in shares of technology and internet-related companies, but has now spread to ensnare the broader market. Sharp declines in Target and Lowe’s after disappointing earnings also contributed to the tone.

U.S. financial markets will be closed Thursday for the Thanksgiving Day holiday and see an early close Friday.

The Nasdaq remains in correction territory, down more than 14% from August peak, while the S&P closed just 4 points shy of a correction, defined as a 10% decline from an index’s most recent highs.

Monday’s decline resulted in the S&P 500 and the Dow’s worst start to a Thanksgiving week since 2011, while the Nasdaq registered its worst such start since 2000, according to Dow Jones Market Data.

U.S. investors continued to be plagued by doubts surrounding slowing global growth, U.S.-China trade relations, and the steady rise in interest rates that can be expected to continue into next year. These doubts have accumulated to induce fears that we are growing nearer to the end of the current economic expansion, strategists say.

The previously highflying technology sector has the most to lose from this change in sentiment. Tech stocks extended a decline that led the market lower Monday, with reports from China adding fuel to the day’s selling after officials in Beijing uncovered widespread evidence of anticompetitive behavior by Korean rivals. According to The Wall Street Journal, Beijing investigators implicated Samsung Electronics 005930, -1.64% SK Hynix 000660, +0.89% and Micron Technology MU, +1.88%

Market participants believe that China’s investigation may intensify festering issues around trade relations between China and other major counterparts, including the U.S.

Tuesday’s selloff was broad-based, but this time led by the Dow, with all 30 components trading lower on the day, as negative sentiment and fears of growing macro headwinds spread from tech investors to traders of blue-chip stocks.

“For years, the tech sector has benefited from broad multiple expansion,” Dave Smith vice president of equity analysis at Bailard Inc., told MarketWatch. “And it was easy for investors to just ride that momentum.”

After November’s tech-heavy selloff that continued Tuesday, “tech multiples have contracted to be in line with the rest of the S&P 500, something we haven’t seen for years,” Smith said, adding that this creates buying opportunities those brave enough to wade into today’s choppy market.

“It’s so hard to say when sentiment is going to turn positive again,” Smith said. “The one thing I can say for sure is that we’re in for more volatility.”

“Economic data remain strong, but the trend in the trend is deteriorating,” Peter Lazaroff, co-chief investment officer at Plancorp, told MarketWatch. He made the case that the recent turn in sentiment is due to investors believing that we’ve already experienced the fastest rates of growth for both the U.S. economy and corporate earnings.

At the same time, Lazaroff emphasized that volatility levels have merely returned to ordinary levels, whereas the low volatility that has characterized much of today’s bull market is the outlier. “This sort of price action is extremely normal,” he said. “What was strange was the outsize returns investors have earned in recent years with effectively no volatility.”

Shares of Apple Inc. AAPL, +0.79% fell 8.9%, extending the previous session to leave the stock in bear-market territory, defined as a drop of at least 20% from a recent peak.

Shares of Kulicke & Soffa Industries Inc. KLIC, -1.13% rose 6.7% Tuesday, after the semiconductor-equipment maker beat fiscal fourth-quarter earnings expectations. The stock had been down roughly 12% at the start of trade, before reversing those losses Monday morning.

Shares of Kohl’s Corp. KSS, +1.06% fell more than 9%, even after the firm beat Wall Street estimates for earnings and profit and raised its full-year 2018 guidance. Shares of the discount retailer are still up 18.9% year-to-date.

Shares of L Brands Inc. LB, -0.56% closed down 17.7%, after the retailer announced Monday evening that it planned to slash its dividend.

Agilent Technologies Inc. A, -0.24% shares rose 7.8% Tuesday, after beating analysts estimates for profit and sales in the fourth quarter.

What data did investors watch?

Investors are particularly focused on the housing market after a disappointing read in home builders’ confidence on Monday, which contributed to Monday’s decline.