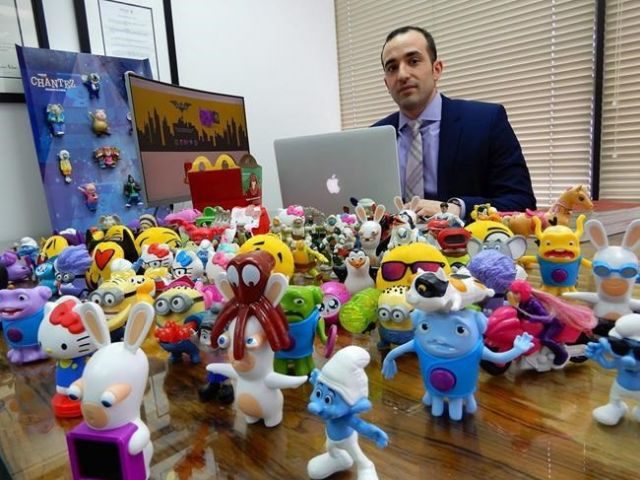 A class action lawsuit against McDonald’s Canada arguing that Happy Meals and their accompanying toys illegally advertise to children can go ahead, a judge has ruled.

Montreal lawyer Joey Zukran sought authorization for the lawsuit on behalf of a father who, according to court documents, spent hundreds of dollars on the meals during regular visits to the fast-food restaurant with his children.

Zukran argues promotion of the popular children’s meals contravenes Quebec’s consumer protection law. Among the strictest in Canada, the law prohibits commercial advertising directed at children under the age of 13.

The application was heard on Nov. 6, and Quebec Superior Court Justice Pierre-C. Gagnon cleared the way for the case to be heard on its merits in a decision Wednesday.

The lead plaintiff is Antonio Bramante, a father of three who says he takes his children to McDonald’s every two weeks. Because the Happy Meal toys are typically part of a collection, his children insisted on going back, court documents say. The toys were often linked to popular films such as Transformers, Minions and My Little Pony.

“He was telling me about how much money he had spent on toys on his three children over the years,” Zukran said in an interview Thursday.

Zukran is seeking an injunction to end the practice of targeting children with toys. He will also ask for compensation amounting to the full cost of the toys and meals as well as punitive damages for a practice that has been going on for 25 years.

In court documents, Bramante notes McDonald’s displays the toys inside its restaurants in a display case at the height of a child’s eyes. On its web site, he says, it attracts children with slogans such as “Fun’s in the box!” and “See the toys!”

Bramante claims McDonald’s is acting deliberately “to the detriment of vulnerable consumers, their children and their families,” the documents say. He says it is a commercial practice that is illegal in Quebec.

A spokesman for McDonald’s Canada denied the allegations brought in the action.

“McDonald’s Canada has received the ruling and plans to examine it carefully,” Adam Grachnik said. “We are aware of our obligations under Quebec’s advertising laws and reiterate that we do not believe this class action has merit.”

In court, McDonald’s argued that it limits advertising of Happy Meals to restaurant interiors and drive-thrus, and the boxes the meals are packed in make no mention of toys.

The restaurant chain also argued it abides by a voluntary agreement signed in 1985 with the province’s consumer protection office in relation to child-oriented advertising.

“It will confirm whether this type of advertising is allowed in Quebec,” Voyer said. “It’s been a bit of a grey zone for us, so it will allow us to see if it will set a precedent for advertising to kids.”