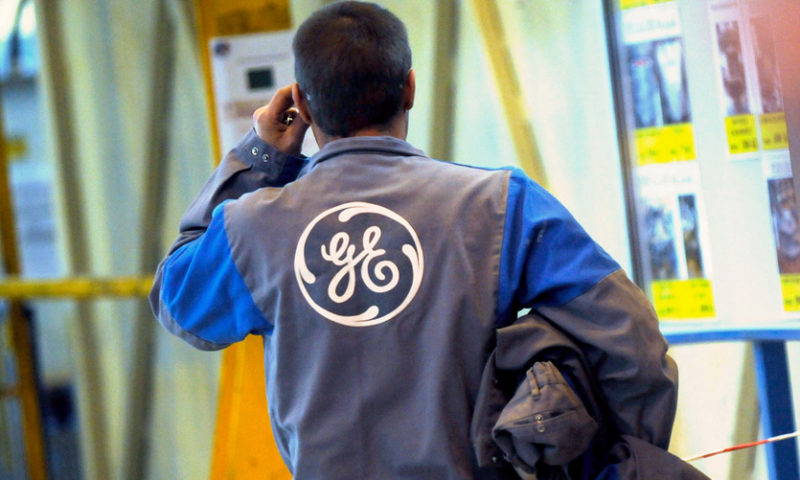 Shares of General Electric Co. shot higher Tuesday, as the struggling industrial giant’s planned sale of its stake in Baker Hughes gave investors reason to cheer after a bruising period.

The stock GE, -3.37% jumped as much as 13% in intraday trade, before pairing gains to close up 7.8% in very active trade. That matched the biggest one-day gain since June 26.

Trading volume swelled to 352.7 million shares, compared with the full-day average of about 137 million shares—enough to make the stock the most active among major U.S. exchanges.

The rally comes after the GE shares closed Monday below the $8 mark for the first time since the depths of the financial crisis. It had declined in 13 of the previous 14 sessions, to shed 37% during that stretch.

GE said Tuesday it is selling up to 101.2 million of the shares of Baker Hughes it currently owns in a secondary public offering, and about 65 million shares directly to Baker Hughes. Based on current share prices, the shares could be valued at up to $4.0 billion.

The stake sale would leave GE’s stake in Baker Hughes at above 50%, which is subject to a 180-day lockup period. In June, GE said it planned to “fully separate” Baker Hughes.

Cowen analyst Marc Bianchi said that GE still owns over half of Baker Hughes suggests “the next transaction” by GE is a spinoff of its remaining stake, rather than an outright sale.

“We view this action as further evidence (following the recent dividend cut) of actions by GE to bolster its cash position to provide some flexibility to continue to address the poor performance in power and other contingencies, as well as its deleveraging plan,” S&P Global said in a statement.

But while the GE’s stock rallied, bond investors took a different view of the deal. The most-active 4.418% notes that mature in November 2035 fell about 2 points to 81.8 cents on the dollar, pushing its yield to about 285 basis points (2.85 percentage points) above comparable Treasury yields from about 264 basis points on Monday.