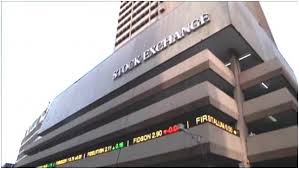 The equities as well as the bonds market will likely come under intense sell pressure in the remaining part of the year giving room to sustained reign of the bears, investment experts in the capital market have said.

According to them, the reign of the bears would be made possible by expected uptick in inflation and further depletion in external reserve, which would keep investors’ sentiment in the negative.

As at today, the stock market has suffered a major setback occasioned partly by heightened political tension ahead of the 2019 polls and speculative activities of bargain hunters leading to over 15 percent decline in the major market indicator – the All Share Index (ASI).

But analysts are unanimous in their opinion that the downturn presents an opportunity for discerning investors to take position on good stocks with low valuations to lock in profit.

In their market outlook for quarter four, Q4’18, titled, “Politics and the Market”, United Capital, a Lagos-based investment banking firm, said: “While the sustained uptick in oil prices continue to brighten Nigeria’s macro-economic outlook, weaker macro indices reflect the feedback effect from increasing political tension on the rest of the economy.”

After showing compelling signs of improvements in half year, 2018 (H1’18), macro variables reversed in Q3’18. The equities market slumped -14.4 percent in Q3’18, compared to -7.8 percent in Q2’18; average yield on government securities took a U-turn, rising by 1.6 percent; foreign exchange, FX rate at the I&E segment depreciated 0.8 percent quarter-on-quarter (q/q), depressing external reserves from $47.6 billion at the end of Q2’18 to $44.4 billion; oil prices experienced a choppy theme but ended 6.8 percent higher from the last day of June 2018; and headline inflation rate settled at 11.2 percent as at August 2018, after bottoming at 11.1 percent in July.

“Accordingly, sentiment across market segments would remain bearish, presenting an opportunity for discerning investors to lock in funds at cheap valuation prices over the election cycle in Q1’19. The Monetary Policy Committee (MPC) would likely keep the policy rate at 14 percent while increasing liquidity mop-up at the OMO market. Accordingly, we expect the average yield to continue northwards while sentiment in the equities space would tilt in favour of our most pessimistic scenario.”

Also emphasising the need for investors to take position following the bearish outlook, analysts at Greenwich Trust, another investment banking firm, said that relative to recent quarters, the P/E ratios and P/B valuations indicate the market is currently undervalued at current prices and advised for a buy.

“We believe the market is currently at a good price to get in, we advise investors to take-up positions around, Early- Mid November, before the influx of additional liquidity in the system, as the fundamentals of the stocks are still strong, and the earnings are still relatively decent considering the most current economic cycle. We observed increased gross margins and operating margins indicating stronger fundamentals and a more favorable operating environment for firms.

In its report themed, “Outlook on the Nigeria Capital Market”, Cowry Asset Management reckoned that outlook for the capital market is dependent on implementation of the Economic Recovery Growth Plan (ERGP) being policy framework required to facilitate sustainable economic growth and development.

They affirmed that the growth and development of the capital market will also depend on the pace at which major capital market stakeholders achieve mileage in the attainment of strategic goals already established in the Capital Market Master Plan. To speed up implementation of master plan, we expect the fiscal authorities to intervene in cases where stakeholders have encountered bottlenecks in the achievement of the established strategic goals. We also expect the major stakeholders to take advantage of the low-hanging-fruit objectives which are achievable with the right political will, the investment bank said.