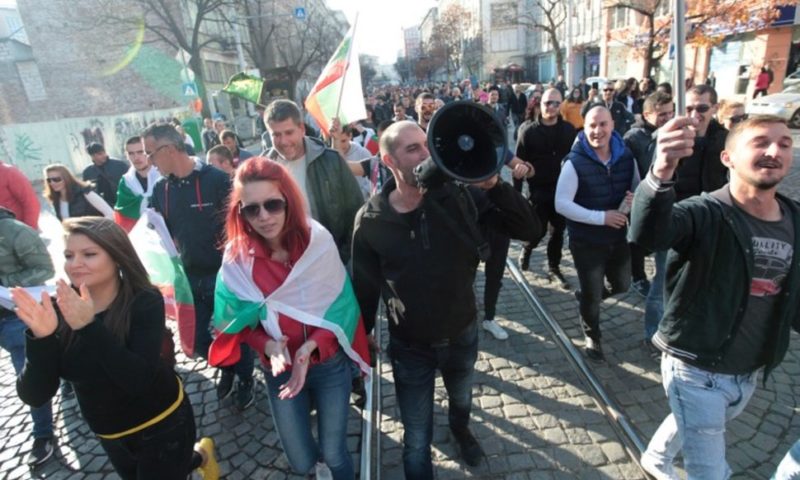 SOFIA – Thousands of Bulgarians blocked major highways and roads in the Balkan country on Sunday in protest at higher fuel prices, tax increases for older, more polluting cars and an expected increase in car insurance premiums.

Over 2,000 people waving national flags marched in central Sofia chanting “Mafia” and “Rubbish”, frustrated with the rising costs of living in the European Union’s poorest country.

Protests were also held in over 20 Bulgarian cities, with dozens of drivers blockading roads, including the one leading to Greece, for hours. Some demanded the resignation of the center-right coalition government of Prime Minister Boyko Borissov.

Fuel prices have risen in the past month following a spike in global oil prices. In an attempt to ease discontent the anti-monopoly regulator has said it would look at the fuel sector to see if there are any breaches of competition rules.

The government’s decision to increase the tax on older and more polluting cars from 2019 has angered many in a country where the average monthly salary is 575 euros, among the lowest in the European Union.

The opposition Socialists have condemned the move, which they say will hit over 2 million cars, owned by the poorest people in a country of 7 million.