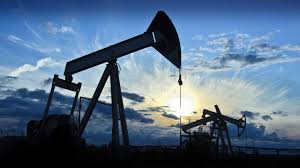 As oil prices continue to slide, big producers including Saudi Arabia and Russia are considering cuts in supply.

Momentum seems to be growing among major oil producers to reduce output in an effort to end a slump in prices.

Saudi Arabia’s energy minister said Sunday that the kingdom will reduce exports by about 500,000 barrels a day from November to December. Khalid al-Falih made the comment at a meeting of oil producers in Abu Dhabi.

Russian oil minister Alexander Novak said his country is open to cuts if they are approved by a coalition of producers including OPEC.

Saudi Arabia and Russia are the world’s biggest exporters, although the United States now produces more oil, according to U.S. government estimates.

“Today’s meeting is a clear signal producer countries are worried about prices slipping further in the face of rising supply and weaker demand,” said Jason Bordoff, a Columbia University professor and former energy official during the Obama administration.

Bordoff said, however, that producers might not be ready to cut output yet because of uncertainty over the effect that new U.S. sanctions could have on Iranian production.

A decision is expected when OPEC meets next month.

Concern about oversupply has pushed oil prices down by roughly 20 percent since early October. The decline in prices continued last week after the U.S. said it would let eight countries keep importing Iranian oil. That eased fears that new U.S. sanctions on Iran would cause shortages and drive prices higher.

Brent crude, the international benchmark for oil, ended last week at $70.18, down 19 percent since Oct. 3. The U.S. standard, West Texas intermediate crude, was $60.19, down 21 percent in the same period.

Prices have been hurt by rising U.S. oil inventories and fear that trade wars could contribute to slower economic growth, which would reduce demand for energy.

Even with the slump, however, oil prices are still higher than they were a year ago.