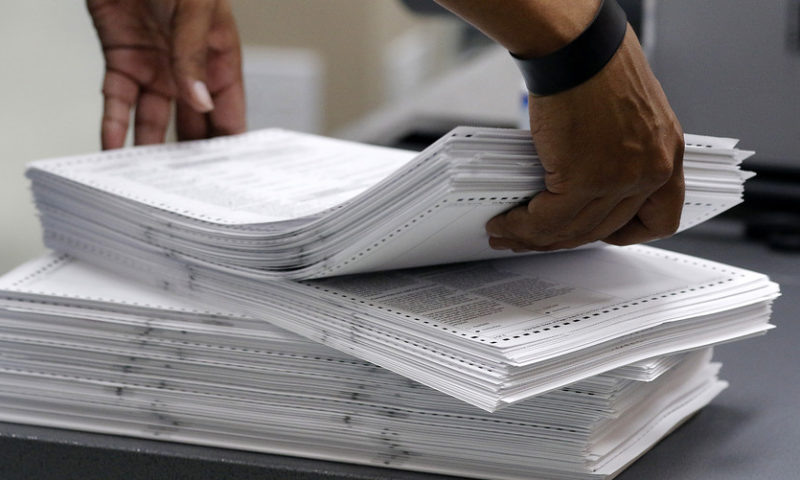 Palm Beach County warns it may not meet Thursday deadline

An arduous recount process began Sunday in Florida as both sides of a close U.S. Senate race launched legal actions and the state again commanded national attention over an election controversy.

The recount of the state’s Senate and governor’s races began in many counties on Sunday, and dozens of others will begin recounting on Monday or Tuesday. Technical problems with voting machines in Broward County, a focal point of dispute, delayed the beginning of the recount there by several hours. Meanwhile, election officials in Palm Beach County said they would be pressed to meet the Thursday deadline for a machine recount.

The contested Florida races, which have drawn widespread comparison to the 2000 Bush-Gore presidential election, are among several races still unresolved days after Election Day. In Arizona, Democrat Kyrsten Sinema appears on track to winning a Senate seat after early results showed Republican Martha McSally ahead. Sinema now leads McSally by roughly 28,000 votes, or one percentage point, while election officials continue to tabulate results. Several House races in California also remain uncalled. Democrats are assured of taking control of the House, while Republicans will maintain control of the Senate, when the new Congress takes over in January.

On Sunday, Florida’s Republican Gov. Rick Scott, who has declared himself the winner in the Senate race over incumbent Democrat Bill Nelson yet has seen his lead diminish, faced calls to recuse himself from any oversight after he filed lawsuits and called on state law enforcement to investigate any wrongdoing. Groups such as the League of Women Voters also have threatened legal action against the governor, whose campaign didn’t respond to requests for comment.

Scott’s campaign on Sunday afternoon filed three new lawsuits, including one that seeks to invalidate any votes counted in Broward County, a Democratic stronghold, after a Saturday deadline that all counties faced to send unofficial results to the state. It wasn’t immediately known how many votes were potentially affected. The other two court motions called for preserving voting machines and ballots used in recounts in Broward and Palm Beach counties.