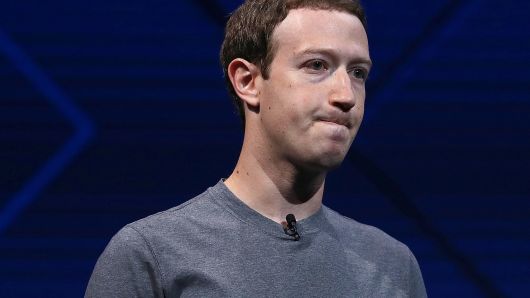 Facebook shares closed at their lowest price in 19 months, and have now plunged 35 percent from their peak in July.

The stock fell 2.4 percent on Monday, to $141.55, the lowest close since April 17, 2018, when it closed at $140.96. Facebook fell along with the broader market on Monday, sparked by an Apple supplier cutting its forecast, a rising U.S. dollar and ongoing concerns that a trade war will slow economic growth.

But of the most valuable U.S. tech companies, only Facebook has fallen so much of late that it’s down for the past year. The shares have lost 21 percent over the past 12 months, as the company has been plagued by numerous scandals related to its handling of user data, a major security breach impacting 30 million users and the spread of harmful content and misinformation across its various social services.

The steep stock slide in the back half of 2018 started in July, when Facebook missed second-quarter projections on revenue and global daily active users and warned investors that a revenue slowdown was coming. The rout has slashed close to $30 billion off CEO Mark Zuckerberg’s net worth.

On Monday, Facebook experienced an outage that kept some users from accessing the social network. The company also announced it had agreed to allow French regulators to investigate how the company uses humans and technology to moderate and remove user content.