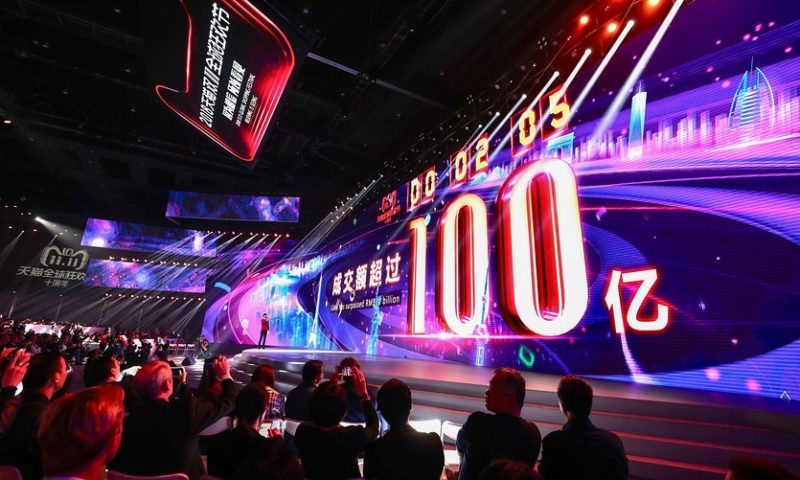 SHANGHAI — It was another record-setting Singles Day for Alibaba Group Holding Ltd. Sunday, with consumers snapping up bargains despite China’s slowing economic growth, the trade fight with the U.S. and the diminished presence of Alibaba founder Jack Ma.

The e-commerce behemoth clocked in sales of $30.8 billion in the 24-hour span that began at 12 a.m. Sunday — preceded by a glitzy televised stage show in Shanghai featuring Cirque Du Soleil, Mariah Carey and Australian model Miranda Kerr. Alibaba BABA, -0.55% zoomed past the previous year’s record of $25.3 billion by about 5:30 p.m.

A natural showman, Ma is usually an outsize presence at the gala — but not this year. In September, Ma said he plans to retire next year as executive chairman and hand the reins to Chief Executive Daniel Zhang. Ma was present at the event, but didn’t take his usual star turn on stage. Instead, he appeared in a prerecorded video that showed him competing against Alibaba employees at tasks including delivering meals, taping packages and tying up crabs.

Sunday was seen as a test for Zhang, who at a media briefing late Sunday said he sees helping upgrade and digitize brick-and-mortar stores to be crucial to expanding Singles Day and the company in the future.

When Big Brother is in your phone, in your car, everywhere