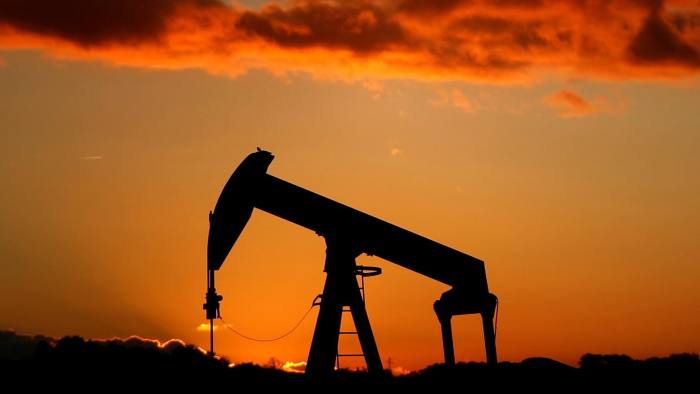 What you need to know

Weakness for industrial commodities weighed on global stock markets at the end of a week otherwise dominated by the US midterm elections and the Federal Reserve’s latest policy statement.

With oil prices pushing into “bear market territory” — defined as a 20 per cent drop from cyclical peaks — energy stocks came under pressure, most notably in Europe. 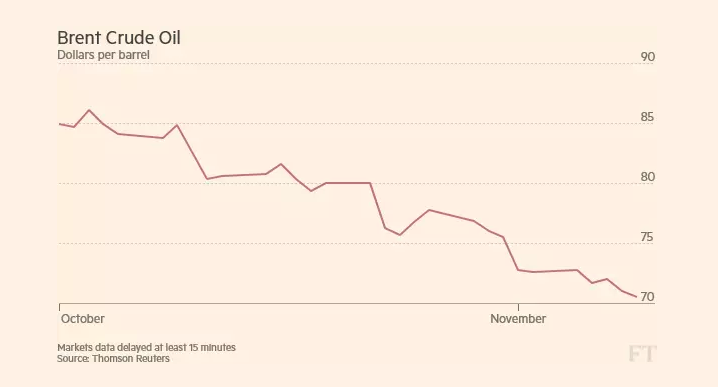 “We are not hugely surprised by the move into bear territory, given the waivers granted to eight countries by the US from Iran sanctions, and the rumours of Russia and Saudi Arabia discussing possible production cuts next year,” said Ashley Kelty, oil and gas research analyst at Cantor Fitzgerald Europe.

“This signals that the likelihood of oversupply in the near term is far more likely.”

Basic materials stocks also came under pressure on both sides of the Atlantic as market participants turned their focus to the prospects for global growth and the risks from the US-China trade dispute.

“We continue to believe that the outcome of US-China trade talks are crucial to global markets,” said strategists at BofA-Merrill Lynch.

“A deal, or at the very least a ceasefire that suspended tariff increases due in January, would improve the global growth outlook for 2019, particularly with policy easing in China.”

But despite the big losses for resources stocks, the benchmark US S&P 500 equity index was still heading for a solid weekly gain after rising sharply on Wednesday as the midterm election results turned out largely as expected. The Democrats taking control of the House was widely seen as making further fiscal stimulus unlikely.

“Global markets have decided that a divided Washington would actually be good for risky assets,” said analysts at Danske Bank.

Indeed, both Treasury yields and the dollar fell sharply as the election results rolled in but subsequently rebounded as the Federal Reserve did little to cool expectations that it would continue its policy of gradually raising interest rates.

“The December hike now seems to be a done deal and our economists look for another three hikes in 2019,” said Petr Krpata, FX strategist at ING.

Some observers highlighted the failure of the Fed to comment on the steep equity sell-off last month.

“Evidently the poor performance was regarded as a modest correction but not sufficiently bearish to warrant a mention at this stage in their policy statement,” said MUFG.

“However, if October’s performance were to be repeated, this may feature in the Fed’s decision-making and projections.”

Data on Friday showed that headline US producer prices jumped 0.6 per cent last month, taking the annual rate of wholesale inflation to 2.9 per cent — providing further support to the dollar.

Sterling slipped back below the $1.30 mark as the abrupt resignation of Jo Johnson as UK transport minister raised the prospect of wider protests against the Brexit plans of prime minister Theresa May.

Across the Atlantic, the Europe-wide Stoxx 600 index fell 0.4 per cent, with the resource-heavy FTSE 100 in London shedding 0.5 per cent. The Xetra Dax in Frankfurt ended flat, even as steelmaker ThyssenKrupp tumbled 9 per cent.

Tokyo’s Topix edged down 0.5 per cent.

In the fixed income arena, the US equity sell-off helped push the 10-year Treasury yield down 4 basis points to 3.19 per cent. The two-year yield was 3bp lower at 2.94 per cent. 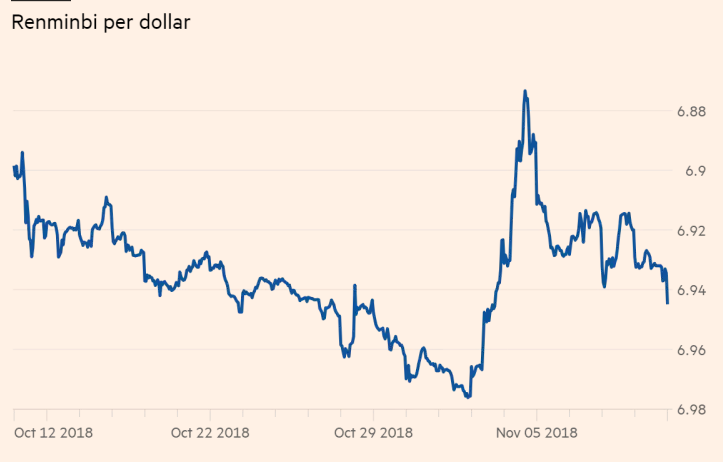 On the London Metal Exchange, copper fell 1.6 per cent on the day to $6,056 a tonne, leaving it down more than 3 per cent over the week, its biggest weekly drop since mid-August. Nickel fell 2.7 per cent to its lowest in almost 11 months.