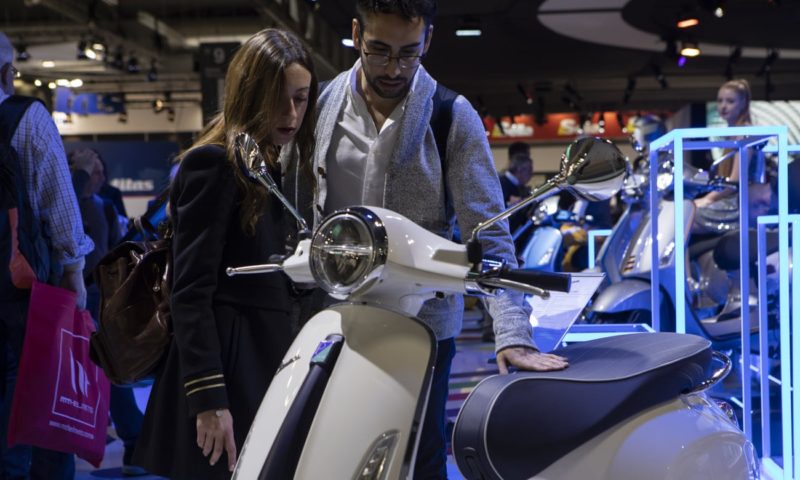 After a long recession, Italians have enjoyed three precious years of growth: but now the country is stalling again as its populist leaders wrangle with the EU

Giuseppe Pasini, the president of Italian steelmaker Feralpi, based in the northern province of Brescia, has reason to be concerned. When Italy finally emerged from its crushing triple-dip recession in 2015, Brescia, an important European industrial hub some 50 miles east of Milan, enjoyed uninterrupted growth.

But after the general elections in early March the economy started to slow, and in the most recent months it has ground to a halt. “After three years of optimum growth, between June and September our economy slowed to 0.1% [down from 1.3% in Q1 and 0.6% in Q2]. This came as a shock,” said Pasini, who also heads Brescia’s industrial association. “Businesses are worried; this slowdown could be particularly dangerous in 2019, not just for Brescia but for the entire country, as our region is considered a driver for the rest of the economy.”

The slowdown in Brescia has coincided with economic stagnation across Italy, an indication that the political and fiscal uncertainty created by the country’s coalition government, made up of the anti-establishment Five Star Movement (M5S) and the far-right League, is having an effect. Fear is mounting among business chiefs that Italy, which is saddled with a public debt worth more than 130% of GDP, could slip back into recession. Its political leaders are showing no sign of backing down on their big-spending plans before a deadline on Tuesday to present a revised budget for 2019 to the European commission.

The commission warned on Thursday that the plans, which include tax cuts, a universal basic income and lowering the retirement age, would push Italy’s deficit to 2.9% of GDP next year, as opposed to the government’s prediction of 2.4%.

“The priority for the [two parties] is to show they are delivering on their promises,” said Massimiliano Panarari, a politics professor at Rome’s Luiss University.

Italy’s prime minister, Giuseppe Conte, has dismissed the commission’s forecast as “implausible”, insisting that the budget will steer growth towards 1.5% of GDP over the coming year, compared with the commission’s latest forecast of 1.2%, while reducing the deficit. The government is counting on the basic income for the unemployed and tax cuts to alleviate poverty and give people more money to spend.

But business leaders argue that the budget contains little to spur growth and investment, and will instead lead to an economy based on “handouts”.

Pasini said it would also diminish a programme introduced by the previous centre-left government known as Industry 4.0, which is credited with enabling companies to expand and compete in global markets: it provided tax incentives for innovation, training and the purchase of new machinery.

Giordano Riello, the founder of three electronics companies in the Veneto region, who has benefited from the programme, said the coalition government lacked long-term economic vision.

“What we need is investment in infrastructure, factories and materials … not giveaways to make people happy for only a brief time,” he said. “I’m really afraid to invest in my country right now as there is no future vision. All we have is populism, and you don’t develop with populism.”

There are warnings that measures including the so-called dignity decree, introduced in July by the M5S leader, Luigi Di Maio, to curtail temporary job contracts and penalise companies that shift production abroad, could have the opposite effect.

“The labour market decree makes it much harder to hire temporary workers, yet such contracts are a crucial part of employment,” said Francesco Giavazzi, an economics professor at Milan’s Bocconi University. “As for taxing companies for delocalisation – modern firms try to optimise the value chain by building firms around the world. If you don’t allow them to do that, they will move everything abroad.” The move to lower the retirement age was aimed at making more jobs available to young people, but companies might instead use it as an excuse to reduce labour costs, Giavazzi added.

Licia Mattioli, chief executive of the jewellery company Mattioli and a vice-president at Confindustria, the confederation of Italian industry, said the slowing economy was a result of uncertainty as well as anxiety over the costs of servicing the country’s debts.

She also criticised the budget for lacking a clear investment strategy, especially for much-needed infrastructure projects. The coalition partners, for instance, are currently locked in battle over TAV, a high-speed rail project linking Italy and France that M5S opposes and the League supports. Mattioli is worried about it being cancelled: “Not only will it mean €9bn worth of investment for our country, but it gives us a high-speed link to Europe.”

The looming budget standoff also poses an acute dilemma for the European commission, the guardian of EU law, which rejected Italy’s draft spending plans in a historic moment last month. For long-serving EU officials, the power to reject the budget of the third-largest economy of the eurozone makes a lot of sense – until it actually has to be used.

The commission is seen to be in a lose-lose situation: if it rejects the budget again, officials fear it will provide ammunition for the League’s anti-EU crusade being led by the deputy prime minister, Matteo Salvini. But allowing the plans to pass would send a message that the EU’s common-currency rules do not matter.

The decision to let France and Germany off the hook in 2003 for breaking the eurozone’s fiscal pact is judged to have been a hugely damaging mistake that poisoned relations between large and small eurozone members. So far, the other 18 members of the eurozone have backed the commission against Italy, but that has done nothing to ease the wrangling.

In front of the cameras, EU ministers and officials have taken a softly-softly approach, but behind the scenes there is anger about Rome’s spending plans. One senior European source said the fight with the EU was political, and accused Italy’s government of misleading its public by suggesting economic bounty was around the corner.

Italy’s budget “is not only a mistake, it is a lie”, the source said. “What Salvini wants to prove is that he is not sticking to the rules.” The source believes the Italian government is seeking to emulate the economic policy of the US, but that it lacks America’s structural economic strengths, such as high productivity and high employment rates.

The EU’s Rome-watchers take little comfort from the fact that Italy’s rising bond yields may prove a more effective sanction than decisions by Brussels technocrats. “You can get away with a crisis until the moment the markets say enough is enough,” said a senior EU official.

As crunch time approaches, Pasini is urging Italian leaders to take heed of business concerns. “Firstly, Europe is essential for Italy and its industry. I hope our politicians understand this and that we don’t reach a point where the country becomes isolated,” he said. “Secondly, we hope they modify some of this budget.”

Thousands gather at Ypres for last great act of remembrance