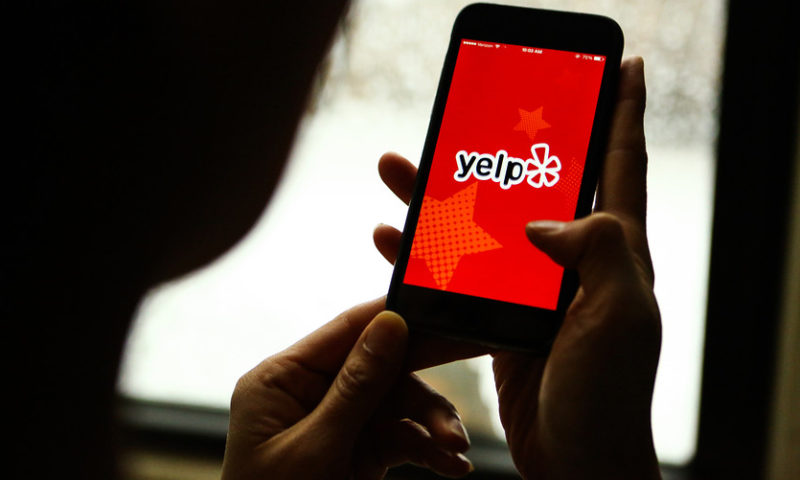 Yelp Inc.’s glass jaw was shattered yet again Thursday, as earnings sent its shares plunging nearly 30% in late trading, underscoring its ultimate fragility as a business based on reviews.

Yelp YELP, -28.97% reported disappointing third-quarter sales and predicted another disappointment for the holiday period, blaming internal issues including its sales force. Investors may have been able to stomach what could be a blip in the long-term story, but this is not the first time the company has blamed its own operations or sales-force issues for a big miss.

In May 2017, Yelp saw a wave of local advertiser departures, as smaller businesses had a harder time competing in its ad system with more established businesses, fueling an approximate 25% plunge in its stock and its biggest one-day loss since it went public in 2012. Two years before that, it cited a tough time competing against tech unicorn companies for salespeople.

A few analysts on the company’s conference call Thursday pointed out that Yelp has gone through many internal issues in the past few years. Doug Anmuth, a JP Morgan analyst, asked whether there were any “competitive issues or more specifically around consumer engagement.”

The short answer, from Chief Operating Officer Joseph Nachman, was that it was Yelp’s fault.

“We don’t believe there are any external factors that fundamentally change Yelp’s position in the marketplace,” Nachman said.

Thursday’s issues seem to be related to a decision company executives made earlier this year. Yelp changed its terms for ads to no-term sales in another effort to get businesses to sign up, which makes its revenue more unpredictable and increases the risk of churn.

The bottom line seems to be that Yelp has a big trust issue, both with consumers and the businesses who advertise. Many consumers don’t trust the reviews on Yelp, where some believe a negative but perhaps accurate review can be overshadowed by glowing reviews written by friends or at the behest of a business owner. There is also potential for negative reviews written in spite, sometimes even by consumers who never patronized the business, as was seen with the lion-killing dentist, which had to be pulled by the company.

More important from the financial side, it appears that some businesses are not seeing a return on investment in buying ads on Yelp, and they aren’t locked into ad purchases as they were previously. With Yelp needing to reup their ad customers, it appears business owners are doing everything they can to avoid sales reps’ calls.

When detailing the sales issues that hurt the quarter, Nachman noted a “lower success rate in reaching local business decision makers through outbound sales calls.” He said that Yelp sales teams are working through “alternative ways to reach local business owners who are not as receptive to phone calls as they have been in the past. These include more extensive and targeted use of email, SMS, in-app notifications. So we believe we’re on the right track there.”
Business owners who are not as receptive “as they have been in the past” to phone calls from Yelp sales reps would seem to indicate that they are not happy with the results. It’s doubtful that spamming them through different channels is really going to make a difference.

When your product is based on a fragile business model — reviews that can be easily manipulated in any direction, and ad sales that can go away at any time — hiring all the salespeople in the world won’t help fix it. Yelp seems set up for exactly this kind of stock movement because its finances are set up for volatility.