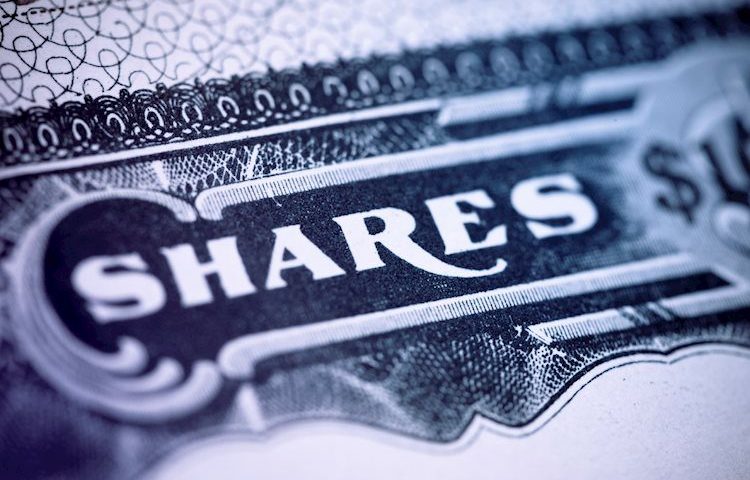 Overview: The dollar has fallen against nearly every currency. It had been moving lower at the start of the week, but what seems like a correction broadened and deepened following the US midterm election. The outcome was largely in line with expectations for the Republicans to hold the Senate and the Democrats to take a majority of the House for the first time since 2010. Bonds and stocks have rallied. Asia-Pacific equities were mixed. While equities in Japan, China, and Korea were lower, the rest of the region posted modest gains. European markets are more decisively moving higher and the Dow Jones Stoxx 600 is up near 1.2% in late morning turnover, in which all the major industry groups are higher. US shares are posting gains, The S&P 500 may gap above the 200-day moving average at the open. Most gaps are closed rather quickly, though gap on October 31 remains on filled, and if it is a measuring gap as we have suggested, it points to a test on 2800.

China’s reserves fell by about $34 bln in October to $3.053 trillion. It is the third consecutive decline. China’s reserves have fallen by around $87 bln since the end of last year. The fall in reserves reflects official purchases of yuan to either smooth or resist the downward pressure. Among the best predictors of foreign central bank demand for Treasuries is the direction of reserve holdings. China’s decline in reserves likely means that reduced its holdings of Treasuries. With the obvious market pressure on the yuan (at the start of the year, China paid a premium of around 170 bp over US 10-year Treasuries, and it is now near 35 bp), the neoliberal argument has changed from China should let market forces determine exchange rates to China should do more strengthen the yuan.

New Zealand’s central bank will make its rate announcement later today. Although the strong employment report is unlikely to prompt a rate hike, the RBNZ prepare investors for a move next year. The employment data could hardly have been better. The unemployment rate fell to 3.9% from a revised 4.4% in Q2 (initially 4.5%), and the decline was all the more impressive given the rise in the participation rate (71.1% vs. 70.9%). Average hourly earnings rose 1.4% after a miserly 0.2% increase in Q2. Separately, the two-year inflation outlook was essentially flat a hair above 2.0%. The New Zealand dollar is up about 0.66% near $0.6785, a three-month high. While the $0.6800 area may be psychologically important, chart resistance is seen nearer $0.6835, and the 200-day moving average $0.6900 beckons.

The dollar is posting a potential key reversal against the yen. The greenback first traded higher to record a new high for the move (~JPY113.80) before turning lower and pushing through yesterday’s low (~JPY113.30). The near-term risk extends toward JPY112.50-60. As North American dealers return to their posts, the dollar is straddling JPY113.00, where a nearly $640 mln option that expires today is struck. It appears the decline in yields today is more important for the yen than the rally in equities.

The euro had edged higher on Monday and Tuesday, but the advance is accelerating today and knocking on $1.15, and level not seen for nearly three weeks. There is a 2.1 bln euro struck there that expires today. It is also a retracement objective of the euro’s decline since late-September. The next immediate target would be in the $1.1550-60 area, which houses another retracement objective and the 50-day moving average. Sterling is extending the recovery that saw it trade below $1.27 at the end of October. It is now near $1.3170, its best level since October 17. This is also the third consecutive advance, the longest streak in a month. Resistance is seen in the $1.3200-30 band.

Following the upward revision in the PMI, back-to-back gains in factory orders, it was hardly surprising that German industrial output rose 0.2% in September, and the decline in August was revised away (from -0.3% to +0,1%). The Bundesbank warned that the stagnation in Q3 was a temporary problem stemming from changes in the auto sector.

Spain’s Supreme Court overturned a lower court decision and ruled that the banks are not responsible for mortgage stamp duty. The duty varies by region, but it averages around 1%. Borrowers typically pay it, but a lower court had ruled that the banks should be responsible and the risk of a legacy burden weighed on the banks Today’s ruling has seen Spanish banks lead the local stock market higher. Like many countries in Europe, Spanish politics seem to be in flux and today’s court decision may reinvigorate the reform-oriented Podemos.

Italian stocks (including bank shares) and bonds are higher today. However, the news stream is poor. Following yesterday’s news that Italy’s composite PMI fell below the 50 boom/bust level, today Italy reported a drop in September retail sales four-times larger than the median Bloomberg forecast (-0.8% vs. -0.2%), and adding insult to injury, the August series was revised lower (0.6% vs. 0.7%). Meanwhile, the media is reporting that Italy may have a confidence vote on today on a measure that would restrict the rights of asylum seekers. There is little chance that it will fail. Reports indicate that there are a few Senators from the Five Star Movement are balking. The government coalition has a 14 seat majority in the Senate, which does not seem to be at risk. Moreover, if it were, other center-right parties that would likely prevent a defeat of the bill. Still, it is important because it is seen as needed to keep the coalition, which is not natural (the League and M5S are not ideologically compatible, and some strains are already evident).

A short word on Brexit. Press coverage makes it seem as if Prime Minister May is near and EU agreement that can be presented to the cabinet. The press seems more confident that EU negotiators. There is talk of another cabinet meeting over the coming weekend, which keeps alive speculation about a special November summit to ostensibly to strike a deal that then the challenging approval process can begin. The market is short sterling, and the prospect of an agreement is encouraging the position squaring.

The data stream light outside of Canada’s IVEY survey and US consumer credit, which comes out late in the session. The post-mortem of the election is the main talking point today ahead of tomorrow’s FOMC meeting. The knee-jerk response is that of course, the Democrats control of the House of Representatives changes everything. However, this is a partisan position, not an analytic one. While there are many important issues, the impact on the investment climate may not be so great. The trajectory of monetary policy will not change. Three rate hikes between now and the middle of next year still seem to be the most likely scenario. The Democrats may push for an infrastructure program and may find it hard to resist making the income tax cuts permanent or rejecting a new tax cut for the middle class.

The EIA oil inventory figures will be watched today following the API estimate of a 7.8 mln barrel crude build. The combination of all higher output by the largest producers and US exemptions (six-months) to Iran’s largest oil customers have driven oil prices to seven-month lows after reaching four-year highs last month. The EIA boosted its estimate for US output yesterday to 12.06 mln barrels per day in 2019 up from 11.76 mln barrels previously. This year’s output was lifted to 10.9 mln bpd up from 9.35 mln bpd last year. The decline in the dollar may be helping oil prices stabilize today.

US equities were biased higher while traders await US election results