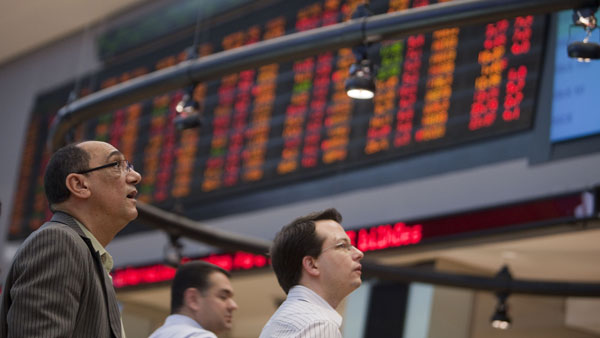 Emerging markets face near-term risks but are far more resilient than they were in the 1990s.

Emerging markets equities have experienced double-digit declines this year, a painful reversal of fortune after gaining more than 30% in 2017. Investor sentiment toward emerging markets turned negative for a variety of reasons. U.S. dollar strength, tightening global liquidity and the slowdown in Chinese growth are among the headwinds for emerging economies. Trade tensions between the U.S. and China also aren’t helping investor sentiment. Despite the near-term risks, emerging markets equities offer attractive long-term growth prospects and increasingly compelling valuations. Investors should understand the near-term risks, while recognizing the long-term opportunities.

Historically, the combination of Fed tightening cycles and a strong dollar has been toxic for emerging markets equities. Mexico’s peso devaluation in 1994 was the catalyst for a wave of currency devaluations in Latin America. The economic contagion stemming from Mexico’s crisis became known as the “tequila effect.” Asia had its own crisis in 1997, creating widespread instability and fears of a worldwide financial crisis. Currency challenges in Turkey and Argentina fuel speculation that another wave of contagion will hit emerging markets.
Fear of contagion may be misplaced, given the substantial differences between emerging markets economies in the 1990s and today. In the 1990s, many emerging market countries had significant current account deficits and an abundance of short-term, U.S. dollar-denominated debt. Many were vulnerable to a surge in the U.S. dollar and were overly reliant on foreign capital flows.

Today, emerging market countries are far more resilient. For example, Thailand was at the center of the Asia crisis in 1997. Today, Thailand has a current account surplus and minimal external debt. According to Alpine Macro, countries with current account surpluses represent nearly 70% of the market capitalization of emerging markets equities, up from 15% in the 1990s. Many of these countries have little in the way of foreign currency debt.

Commodity-oriented companies once dominated emerging markets equity indexes. Massive spending by an industrializing China created a commodity boom that boosted growth for many commodity suppliers. As China moves to a more mature economic growth model, investors fear the implications of slowing demand for commodities. Commodity producers will undoubtedly struggle as China’s pace of urbanization slows. However, it is an outdated premise to assume that emerging markets equities rise and fall based on commodity demand. Commodities now only represent about one-quarter of emerging markets index market capitalization, down from more than half of market capitalization in the 1990s.

Trade Tensions and Slowing Chinese Economic Growth
Chinese equities are among the worst performers in the world this year, and the fall in the market has erased nearly $3 trillion of market value. However, the Chinese stock market isn’t a reliable guide to the health of the Chinese economy, given the degree to which the local market is dominated by short-term traders.

China’s economy grew at the slowest rate since 2009. With reported GDP growth of 6.5% (and private sector estimates of true growth exceeding 5%), the Chinese economy is far from collapsing. Although trade tensions with the U.S. draw the most attention, slowing growth in China has more to do with Xi Jinping’s policy initiatives designed to address economic imbalances including industrial overcapacity and “shadow banking” activities.

Friction between the U.S. and China is likely to continue for the foreseeable future, but China’s economic growth may be more resistant to tariffs than investors and politicians assume. Although trade was once a significant driver of Chinese economic growth, net exports now represent only about 2% of Chinese GDP. Exports to the U.S. represent less than 20% of total Chinese exports.

There is merit to some complaints about China’s trade practices, but ultimately both sides will be worse off if trade tensions escalate much further. China is softening the impact of tariffs on exporters by allowing the yuan to depreciate. China is also building ties to expand production capacity and enable more trade within Asia. Consequently, the ultimate beneficiaries of a trade war between the U.S. and China may be Southeast Asian countries such as Vietnam, Thailand and Malaysia.

Large industrial firms reported profit growth of more than 16% year over year for the first eight months of 2018, according to Matthews Asia. Earnings in the consumer and services sectors was even stronger. Although trade and tariffs dominate the narrative about China, consumption is now nearly 80% of Chinese GDP growth.

China may be the best consumer story in the world, and the rise of the “consumer class” in China is very real. Retail sales in China rose more 7% year over year in August, continuing a strong multi-year trend. Real household income rose dramatically over the past decade, a noteworthy advance compared to nearly nonexistent income growth for developed market households. China’s consumers are in good shape, with high savings, low debt and rising household income.

Emerging markets are expected to offer nearly two-thirds of global economic growth through 2020. The growth prospects and increasingly attractive valuations of emerging markets equities provide long-term opportunities. Many active managers have been taking advantage of the market downturn to buy companies with strong local brands, ample free cash flow and low leverage. Some of the most interesting investment opportunities are in Asia, with consumer-oriented companies that benefit from rising incomes, health care companies that support a more affluent (and aging) society and industrial companies helping to improve manufacturing consistency. China’s version of the “FANG” stocks — Alibaba, Baidu and Tencent — shows the enormous potential in Asia for e-commerce, social media and mobile payment services. The rewards may not be immediate, as near-term risks remain, but patient investors will be well-served by an allocation to emerging markets equities.