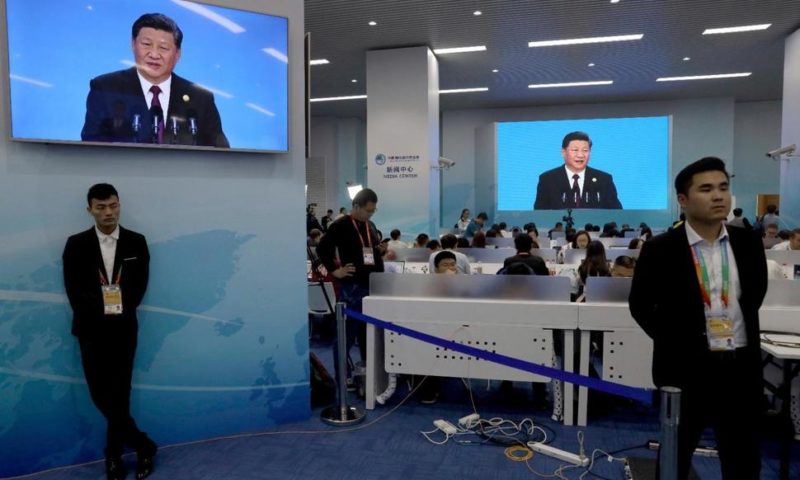 President Xi Jinping has promised to open China’s market wider as he opened a trade fair meant to promote the country’s image as an importer.

BEIJING — President Xi Jinping promised Monday to open China wider to imports at the start of a high-profile trade fair meant to rebrand the country as a global customer, but he offered no response to U.S. and European complaints about technology policy and curbs on foreign business.

The China International Import Expo is part of Beijing’s effort to develop trade ties while resisting pressure to roll back industry development plans that Washington, Europe, Japan and other trading partners say violate its market-opening obligations.

“It is our sincere commitment to open the Chinese market,” Xi said in a speech to a VIP audience that included Russian Prime Minister Dmitry Medvedev. He promised to “embrace the world.”

Some 3,600 companies from 152 countries selling everything from Egyptian dates to German factory machinery are attending the five-day event in Shanghai, the country’s biggest business center.

Xi’s government is emphasizing the promise of China’s growing consumer market to help defuse complaints Beijing abuses the global trading system by reneging on promises to open its industries.

Business groups complain that while Beijing is expanding imports to serve its manufacturers and consumers, it blocks access to industries including finance and logistics and is trying to squeeze foreign competitors out of promising fields such as information security.

This week’s event also is part of efforts to develop a trading network centered on China and increase its influence in a Western-dominated global system.

Xi made no mention of Beijing’s fight with U.S. President Donald Trump over Chinese plans for state-led development of technology industries. But in a slap at Trump’s “America first” policies and threats of import controls, he said the “the multilateral trading system should be defended.”

China has cut tariffs and announced other measures this year to boost imports, which rose 15.9 percent in 2017 to $1.8 trillion. But none addresses U.S. complaints about its technology policy that prompted Trump to impose penalty tariffs of up to 25 percent on $250 billion of Chinese imports. Beijing has responded with tariff hikes on $110 billion of American goods.

Chinese leaders have rejected pressure to roll back plans such as “Made in China 2025,” which calls for state-led creation of global champions in robotics and other fields. Some American officials that might erode U.S. industrial leadership.