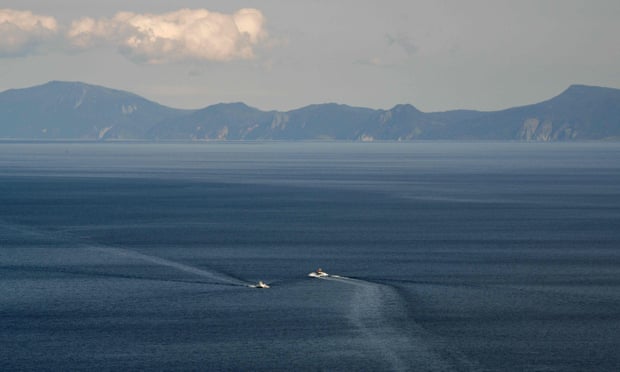 Japan could see its territorial waters shrink near its maritime border with Russia after a tiny island off its north-east coast “disappeared”.

The uninhabited islet, called Esanbe Hanakita Kojima, is thought to have slipped beneath the waves, apparently unnoticed by residents living in Sarufutsu, a village on the northern tip of the main island of Hokkaido 500 metres away.

Esanbe is one of 158 uninhabited islands that were given names by the Japanese government in 2014 in an effort to clarify its territorial reach and extend its exclusive economic zone.

Japan’s outlying islands have taken on increasing significance amid territorial disputes with China over the Senkaku/Diaoyu islands in the East China Sea.

Esanbe Hanakita Kojima lies west of the Northern Territories, which are at the centre of a long-running dispute between Japan and Russia, where they are known as the Kurils. The islands were seized from Japan by Soviet forces days after the end of the Pacific War.

Locals were alerted to the islet’s possible disappearance in September after the author Hiroshi Shimizu visited Sarufutsu to write a sequel to his picture book on Japan’s “hidden” islands, according to the Asahi Shimbun.

He alerted the local fisheries cooperative, which sent boats out to its supposed location only to find it had gone missing.

Older fishermen told the Asahi they recalled seeing the island decades ago but later avoided the area because navigation systems recorded it as an undersea reef.

The Japan coastguard said that when the island was last surveyed in 1987 it protruded just 1.4 metres above the surface, leading experts to conclude that it had been eroded by wind and drift ice that form in the Sea of Okhotsk every winter.

International law defines an island as a “naturally formed area of land, surrounded by water, which is above water at high tide”.

The coastguard is to visit the area to determine the island’s fate. If it confirms that it has indeed disappeared, Japan’s EEZ will shrink, albeit by just half a kilometre.

Japan isn’t the only country to have lost an island recently. A piece of the United States was wiped off the map after East Island, a remote spit in Hawaii, was washed away by Hurricane Walaka last month.