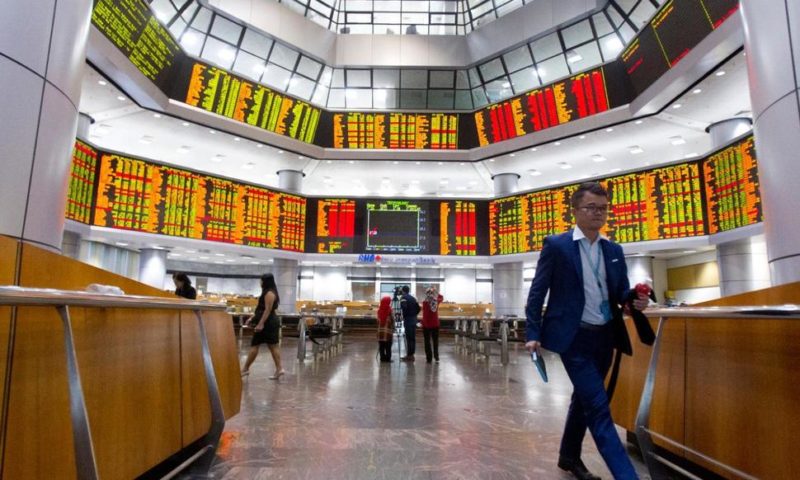 World markets are higher, brushing off potential concerns about slower growth in China and a credit rating downgrade of Italy over its spending plans.

SINGAPORE — World markets rose on Monday, brushing off potential concerns about slower growth in China and a downgrade in Italy’s credit rating over its plans to ramp up public spending.

On Wall Street, the future contracts for the Dow Jones Industrial Average and the Standard & Poor’s 500 were both up 0.3 percent.

CHINESE RALLY: Investors appeared to take heart from reassurances from Chinese officials over slowing economic growth. Gains might also have been driven by the expectation that weak GDP data could spur further stimulus. Song Seng Wun, an economist at CIMB Private Banking, noticed that state-linked funds were also buying into weakening markets. “Some investors are bargain hunting on the basis that there will be limited downsides,” he added.

ITALY BUDGET: Italian lawmakers passed a draft budget that could raise the country’s deficit to as much as 2.4 percent of gross domestic product. That’s three times higher than promised by the previous government. In response, international credit rating agency Moody’s downgraded Italy’s ratings to Baa3, while keeping its outlook stable. The European Union has expressed concerned that the Italy’s plans would worsen its debt and is expected to ask it to revise the budget. Italian bond yields have risen in recent weeks on concern about the country’s finances, though they fell back somewhat on Monday as investors awaited the EU’s response.

ANALYST’S TAKE: “The world appears to have bought time on the worst of headline and geopolitical risks, and that appears to be quelling the worst fears and helping to backstop markets,” Vishnu Varathan of Mizuho Bank said in a commentary.

ENERGY: Benchmark U.S. crude rose 14 cents to $69.26 per barrel in electronic trading on the New York Mercantile Exchange. The contract added 0.7 percent to $69.12 a barrel in New York. Brent crude, used to price international oils, picked up 21 cents to $79.99 per barrel. In the previous session, it gained 0.6 percent to $79.78 a barrel.