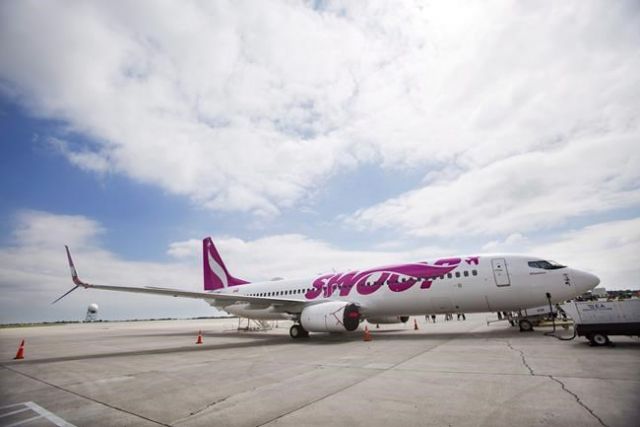 Thousands of Swoop passengers have been forced to make alternative last-minute flight plans after the WestJet Airlines discount subsidiary cancelled 16 flights in the coming days between Canada and the United States.

Swoop said it hasn’t received a final approval required to operate to the United States that it had anticipated having well in advance of the first flights.

It has cancelled 24 flights until Oct. 27, including eight that were to have taken place since last week.

The airline that launched service in Canada in June apologized for the inconvenience the cancellations have caused.

“We know how disruptive it is to all of our travellers when they have travel plans in place and we’re just hoping that we can help work with them to help minimize their disruption as much as possible,” said spokeswoman Karen McIsaac.

Swoop said employees are directly contacting travellers to offer rebooking on alternate airlines or full refunds plus $100 to $200 in compensation per passenger per travelling segment.

“Our focus is on doing what’s right for the travellers and all our focus and attention at this point is on minimizing the overall disruption that this has caused and therefore hoping to regain some of that confidence in our travellers,” she said in an interview.

Swoop has leased an available WestJet aircraft to operate flights between Edmonton and Las Vegas until Oct. 26.