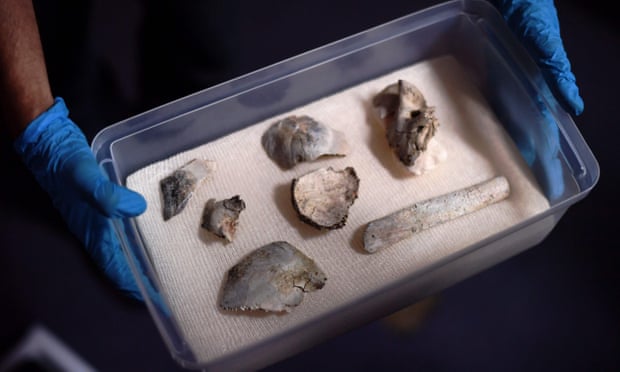 One of the most prized possessions of Brazil’s National Museum has been found amid debris after a huge fire on 2 September sent the building up in flames.

The museum director, Alexander Kellner, told the Associated Press that a fossil named Luzia was recovered.

Kellner said the fossil was broken and that 80% of its pieces had been found.

The fossil was discovered during an excavation in 1975 outside of the Brazilian city of Belo Horizonte and is among the oldest in the Americas.

It was given the name Luzia in homage to Lucy, the famous 3.2m-year-old remains found in Africa.

Fake moon: Could China really light up the night sky?