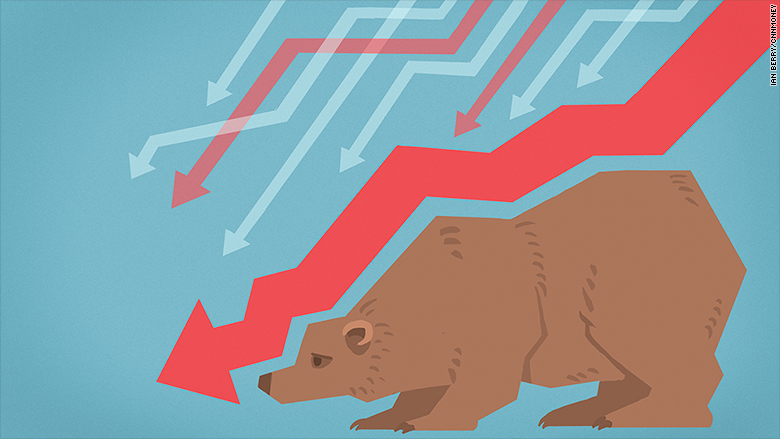 A global pullback in equities deepened after last week’s sharp selloff with more stocks reaching bear territory, and the bank’s strategists told investors a recovery was probably not imminent.

U.S. equities saw their biggest outflows in four months, losing $14.8 billion while Japanese equity funds had their biggest inflows since March, with $5.8 billion ploughed in.

The flows were in keeping with BAML’s fund manager survey on Tuesday which found Japan had replaced the U.S. as investors’ favourite global equity region.

European stocks – among the least popular equity plays this year as a row between Brussels and Rome over Italy’s new budget compounded pessimism over a slowdown in euro zone growth – suffered their biggest outflows in 27 weeks, with $4.8 billion pulled out of the region.

Sector flows showed a turn towards high dividend-yielding stocks considered safer in times of economic uncertainty, with utilities and healthcare sectors drawing investors in while the financials sector saw $1.9 billion of outflows.

The erstwhile market leaders have been worst hit. Financials have seen $11 billion outflows over the past seven months while tech has suffered $2 billion in redemptions over the past four weeks.

Some aspects of the bear market are counter-intuitive, though.

U.S. small-caps are now flat year-to-date with domestic cyclicals “getting destroyed”, strategists noted, perhaps an indication that even the sugar rush of tax cuts is not enough to insulate them from risk-off moves.

WHERE TO FROM HERE?

The strategists noted institutional investors and private clients were piling into cash and safer assets as protection in case of a mistake in central banks’ drive to tighten rates.

Eurodollar futures had their third heaviest day of volume ever, and BAML private clients’ allocations to T-bills as a percentage of debt holdings were at a 10-year high.

Despite all the caution, the bank’s “Bull & Bear” indicator of investor sentiment rose to 3.4, reflecting renewed inflows to EM and Japanese stocks and high-yield bonds.

BAML’s strategists noted that the drawdown has already been pretty drastic.

“In our view there is likely more downside on Wall Street for the next six months but it should be noted that a lot of damage has already been done,” wrote strategists.

U.S. Treasuries and investment-grade credit are both on course for their third largest annual loss since 1970, they said, and 1609 out of 2767 stocks in the MSCI global index are in bear market – or 58 percent – up from 1557 last week.

Technicals are likely to come into play.

“The more fragile and volatile the market, the more technically obedient the investor… everyone expects a year-end rally,” strategists added.

Still, the selloff could have legs. Bear markets over history have had a median length of 18 months, and the global stock market is just nearing the 9-month mark.