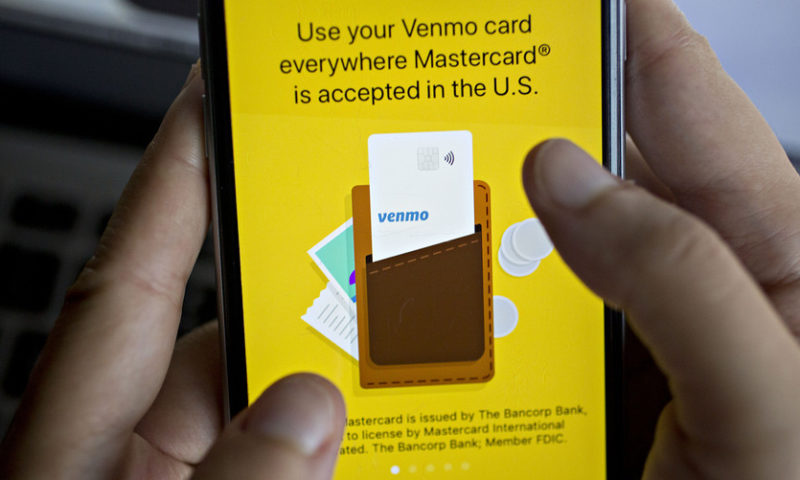 PayPal Holdings Inc. says that its efforts to make money from Venmo are nearing a “tipping point,” news that helped send shares of the payments company up 7% in after-hours trading Thursday.

Chief Executive Dan Schulman said on the company’s earnings conference call that 24% of Venmo users have engaged in a monetized transaction since launch, up from 17% in the June quarter.

“We saw significant advances across a wide array of Venmo monetization efforts,” he told investors.

PayPal PYPL, +6.61% has seen staggering numbers with some of its individual initiatives. Pay with Venmo, the company’s attempt to get users to choose Venmo for online purchases, saw 195% growth in volume on a month-over-month basis. Volume for the Venmo debit card rose 320% on a month-over-month basis. And the company processed more than $1 billion in Venmo instant-transfer volume in September alone, from users who paid a fee to instantly send money from their Venmo balances to their bank accounts.

The Pay with Venmo and debit-card efforts are fairly new, so it’s likely that PayPal is increasing revenue off a small base. Still, the early momentum is encouraging given that Venmo is considered one of the big growth catalysts for PayPal shares. Venmo has a loyal user base, but some analysts were concerned that monetization efforts were proceeding in a slower-than-expected manner.

“We expect to see improvement in our Venmo economics next year and each year thereafter,” Chief Financial Officer John Rainey said.

PayPal’s updates on Venmo came in conjunction with a strong quarterly report, in which the company beat earnings and revenue expectations, but fell a bit short of volume estimates. The company issued an early 2019 forecast that came in slightly above FactSet’s top-line estimates and slightly below earnings estimates.

During PayPal’s earnings call, executives shed a bit more light on eBay Inc.’s EBAY, -1.47% transition toward managing its own payments, which began in earnest a few weeks ago. PayPal cited “softness” from eBay, but Schulman clarified that the $20 million volume that eBay started managing in September has had “no impact” on PayPal’s numbers.

Here’s why investors are anxious about China’s next move