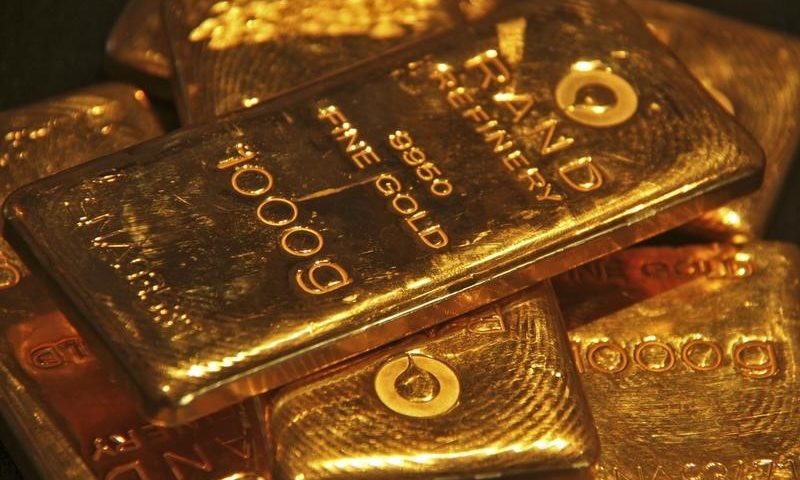 Gold prices rose on Monday as Asian shares resumed their fall and investors grappled with the impact of the ongoing Sino-U.S. trade war and higher U.S. interest rates.

“There are many uncertainties ahead for equities including the ongoing trade war, upcoming mid-term elections in the U.S., along with an expected interest rate hike in December … We will have to see how gold reacts to these.”

Asian shares slipped on Monday, with MSCI’s broadest index of Asia-Pacific shares outside Japan down 1 percent.

“Gold is more appealing after the stock market crash. It has regained some of its safe haven lure,” said Brian Lan, managing director at Singapore dealer GoldSilver Central.

A sell-off in equities last week, helped gold break above the narrow trading range of the past 1-1/2 months, with the metal jumping as much as 2.5 percent on Thursday, its biggest one-day percentage gain in more than two years.

“Gold remains supported by escalating geopolitical tensions… Adding to the mix is the thought the FOMC may consider pausing their widely expected rate hike in December if global equity markets continue to falter,” said Stephen Innes, APAC trading head at OANDA in Singapore.

“An abrupt shift in Fed policy will likely lead to a lack of confidence in the world’s most important central bank and could destabilize markets further.”

The Fed hiked rates last month for the third time this year and is expected to raise them again in December.

Gold remains down by more than 10 percent from its April peak, pressured by a strong dollar as the U.S.-China trade war unfolds and higher U.S. interest rates.

Gold speculators extended their net short position on Comex gold contracts by 29,881 contracts to 103,009 contracts in the week to Oct. 9, data showed.

Spot gold may edge up to $1,235 per ounce, as suggested by a Fibonacci ratio analysis.