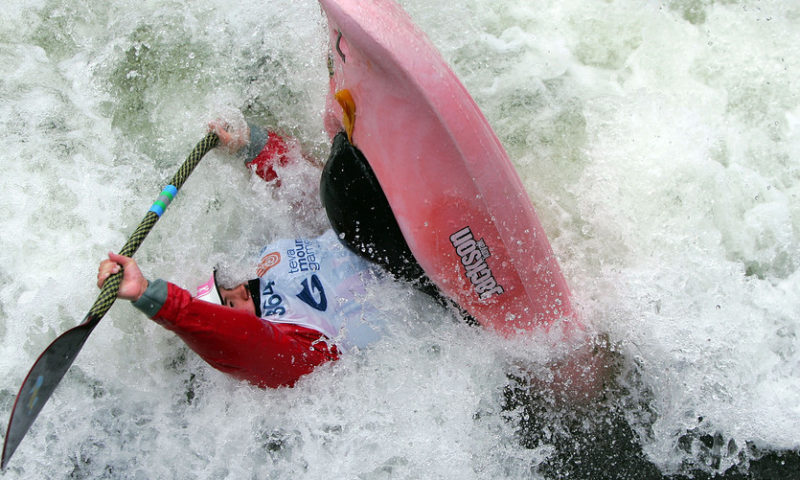 Investors appear to have woken up to some of the bad news that has been gushing out of tech companies in the past two months, and they are getting out while they can ahead of earnings season.

On Wednesday, tech stocks fell to lows they had not seen since 2011 in a huge market downdraft that sent the Dow Jones Industrial Average DJIA, -3.15% down more than 800 points. According to the WSJ Data Group, the S&P 500 index’s tech sector XLK, -4.85% suffered its biggest drop since August 2011.

There are some macro reasons for the decline, including bond yields and rising interest rates, but there are larger clouds hanging over tech specifically as earnings season approaches. One of the biggest is the anticipation of fallout from the widespread tariffs enacted by the Trump administration against Chinese-made goods, which are expected to impact a range of tech products.

In addition, the potential impact of Intel Corp.’s INTC, -1.45% chip shortages could hurt the PC market, while renewed privacy and security concerns after major breaches and vulnerabilities at Facebook Inc. FB, -1.44% and Alphabet Inc.’s GOOG, -1.04% GOOGL, -1.11% Google could affect their growth rates.

“The trade situation is a really big deal for global markets in general and a big deal for tech,” said Chad Kusserow, portfolio manager of Kusserow Capital, a family office in the Chicago area. “The China trade issue is front and center and started this whole situation. That’s what people are watching.”

The other issues, he said, could be “just layering that on top of an already tenuous situation.”

As more companies begin to comment about the impact of tariffs on their business, investors are getting more nervous. The latest batch of 10% tariffs enacted on $200 billion of Chinese goods is starting to pressure many companies, both in and outside of tech, with a huge list of products from a wide range of industries. Within that list, a large amount of tech products that are either made or assembled in China are expected to get hit with tariffs, set to go up to 25% early next year.

Some industries, such as auto makers, are already feeling the pain as steel tariffs impact a huge range of products. On Tuesday, PPG Industries Inc. PPG, +1.06% pre-announced lower-than-expected results for the third quarter, saying that demand was weaker in China for its paint products, demand was weaker among its automotive customers and that it was raising prices to account for the higher costs.

Adding further pressure to the tariffs is Intel’s shortage of PC processors, due to its manufacturing issues. In two reports Wednesday on third-quarter PC data, market-research firms Gartner Inc. and IDC warned about the impact on the upcoming fourth quarter.

“The outlook remains uncertain as we head into the holiday season, when volume will be boosted by many consumer-oriented promotions” in entry-level devices, said Jay Chou, an IDC analyst, in a statement. He added that AMD supply could help with processor demand but it will also take time for PC makers to switch to AMD chips on some models. Gartner analyst Mikako Kitagawa said in an email that consumer demand is weak anyway, no matter what happens in the market, and that corporate customers are going to be compelled to buy new systems before 2020 because Microsoft Corp. is ending support for Windows 7.

The turmoil around product pricing and demand for tech products is now exacerbated by the anger that is rising over how giants like Facebook and Google are treating consumer privacy and security. Facebook announced that data on over 50 million of its users was breached, just months after the Cambridge Analytica scandal. A software glitch in Google+ exposed private data of hundreds of thousands of users — a breach it tried to hide. Investors are going to be asking about user growth in the light of these issues, and if it slows, how that will effect ad revenue.

Investors seem to be running for the hills ahead of earnings season. If companies get through this quarter without too much damage, they might find them waiting on the other end.

Apple or Android? Here is the most secure phone you can get

US consumer prices up