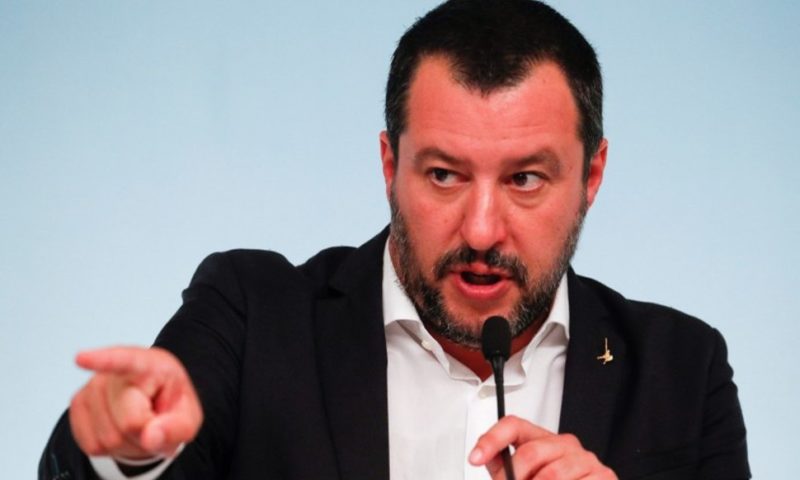 MILAN/BERLIN – Germany on Sunday denied an Italian newspaper report that it planned to fly migrants back to Italy, after the allegation drew a threat from Italy’s Interior Minister to refuse landing permission to unauthorised planes carrying asylum seekers.

La Repubblica reported on Saturday that Germany’s refugee agency had sent “dozens of letters” to migrants advising them of a planned transfer back to Italy, possibly via charter flights. The first such transfer is planned for Oct. 9, it said.

Interior Minister Matteo Salvini said on Sunday Italy would close its airports to any planes carrying migrants from Germany or any other EU country, ratcheting up a dispute among the bloc’s 28 members over how to share responsibility for asylum seekers.

“If someone, in Berlin or Brussels, thinks of dumping dozens of immigrants in Italy via unauthorized charter flights, they should know that there is not and there will be no airport available,” Salvini said in a statement.

“We will close the airports as we closed the ports.”

The two countries have been working on a deal under which Germany would send back to Italy migrants who have already applied for asylum there, but the accord has yet to be signed.

“No transfer flight is planned to Italy in the coming days,” a German interior ministry spokesman wrote in an email.

German Interior Minister Horst Seehofer said last month that a deal with Italy had been reached and that he expected it to be signed shortly. But Salvini denied that a day later, demanding more concessions from Germany.

The Italian minister said at the time that he had received reassurances from Germany that for every migrant it returned to Italy the German authorities would accept a bonafide asylum seeker from Italy.

But Salvini wants concessions on two other issues – a revision of both the EU’s Dublin Treaty on how Europe handles asylum requests, and of the EU’s Sophia naval mission which is patrolling the Mediterranean.

“The agreement has been negotiated and follows the same principle as with Greece,” Seehofer told the Welt am Sonntag newspaper. “We return refugees back to Italy, but we must take in the same number from sea rescues.”

He added: “But now Salvini is suddenly saying: I will only sign if Germany backs Italy’s position on asylum in the European Union. The heads of government are required to act (to solve this).”

Italy is seeking an overhaul of the Dublin Treaty so that there is an automatic distribution of asylum seekers throughout the EU, instead of requiring them to stay in the country where they first touch European soil, as is the case now.

It also wants to change the mandate of Operation Sophia, which at present says that all migrants picked up in the Mediterranean must be taken to Italy.

Italy has become the main route into Europe for hundreds of thousands of asylum seekers arriving by sea since the other main route from Turkey to Greece was largely shut in 2016. However, numbers have fallen dramatically over the past 12 months.

Why is it so hard for Africans to visit other African countries?