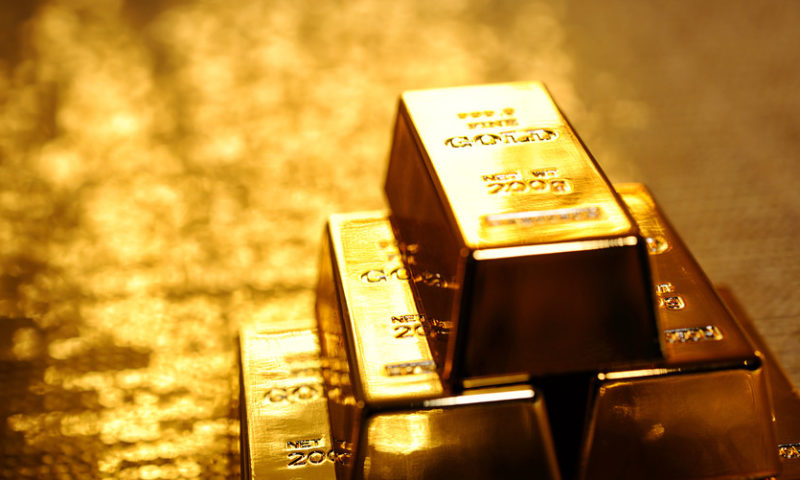 Get ready to hit the ground running.

We hit the mother lode on Friday—jobs data, bond-yield watching, White House/China friction, plus a vote that begins on a hot-button Supreme court nominee.

If that’s not enough, there’s ongoing fallout from a Bloomberg report that said China planted teeny tiny spy chips in U.S. computers doesn’t look to be over. Big tech names like Apple AAPL, -1.62% came under pressure, weighing on the Nasdaq COMP, -1.16% on Thursday, with that sector also hurting in Asia Friday (see Chart of the Day).

The pain for investors could spread further. Apple is a top holding in the SPDR S&P 500 ETF SPY, -0.56% —a big proxy for the S&P 500—and such passive-investing vehicles have become extremely popular in this yearslong bull market.

That brings us to our call of the day from The Felder Report’s Jesse Felder, who suggests going against the crowd with some cheap, anti-passive precious metals miners.

“It looks to me like they have been left for dead and, for this reason, present a terrific opportunity for true value investors, regardless of the bullish case for gold. And if the gold price takes off, today’s BANG share prices will certainly look like an unbelievable bargain in retrospect,” said Felder, in a blog post.

He attributes this to the fact that big tech names dominate ETFs, while mining stocks are far less represented in those passive funds. That‘s laid out in his chart below (Note: Newmont Mining pops up, but in ETFs with hardly any assets, he says):

“Conversely, the lack of interest in the BANG stocks is indicative of the fear investors have of the group after a massive bear market. Those wishing to heed the famous words of Warren Buffett should thus be fearful of the FANG stocks and greedy in the BANG stocks,” said Felder.

Check out the Market Snapshot column for the latest action.

The September jobs report revealed a less-than-expected employment gain of 134,000, but the jobless rate dropped its lowest level in 49 years. The trade deficit jumped 6.4% to a six-month high. Consumer credit data is due later.

In the wake of that Chinese spy chip report, laptop maker Lenovo 0992, -15.10% sold heavily in Hong Kong. Our chart of the day shows shares careening at the open, before closing down 15% on the day, even though the company tried to distance itself from the chip story.

According to Statista, Lenovo ranked number 2 when it comes to market share of leading personal computer vendors across the globe in 2017, just behind HP HPQ, -4.09% The laptop maker also has a plant in North Carolina.

$89 billion—That’s how much the collective net worth of the world’s wealthiest lost Thursday after a rough day for global stocks, according to the Bloomberg Billionaires Index. It was the biggest one-day drop in six months, with founders of luxury goods companies and some of the U.S. biggest tech CEOs taking hits.

Tesla TSLA, -7.05% is under pressure again. On Thursday, CEO Elon Musk appeared to mock the SEC as a champion of short sellers, and he kept swinging at bearish investors in the wee hours. “The last several years have taught me that they are indeed reasonably maligned,” he tweeted, followed by “What they do should be illegal.”

Snap SNAP, -0.38% is up after a memo from CEO Evan Spiegel that set a profitability goal for 2019. Costco COST, -5.55% is down after warning of a flaw in its financial reporting.

Supreme Court nominee Brett Kavanaugh admitted to being “too emotional” in last week’s Senate hearing over accusations of sexual assault, but confirmation odds say he’s still a shoo-in for the job. Senate votes on his nomination are set to begin on Friday. Actress Amy Schumer was among more than 300 arrested as anti-Kavanaugh activists descended on Capital Hill Thursday.

“This is nothing but speaking on hearsay evidence, confusing right and wrong and creating something out of thin air. The Chinese side is firmly opposed to it,”— That was Hua Chunying, Chinese foreign ministry spokeswoman, who came out swinging Friday against Vice president Mike Pence’s accusations that her government is trying to interfere with elections and undermine his boss.

Pence also called on companies like Alphabet’s Google to reconsider its dealings with the country.