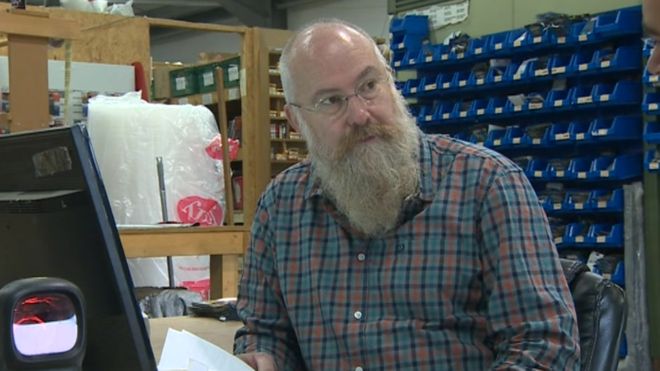 A business owner who sells his products through Amazon claims he has lost over £22,000 because of internet fraud.

He suspected fraudulent activity when his accounts department found from April money from Amazon was being paid into an account that was not his own.

Mr Dobney referred the matter to Action Fraud. Amazon has declined to comment.

Brooks Barn employs 13 people on an industrial estate in Crymych and 40% of the business goes through the Amazon website.

“Since April this year, Amazon had been paying our commission money, our takings, into other people’s accounts,” Mr Dobney said.

“They (the fraudsters) were siphoning money from our account into their accounts.”

Mr Dobney said: “The bank accounts have been verified somehow on Amazon because you can’t just add a bank account.

“You have to verify it with a passport, a bill or a home bill,” he said.

“The verification process is supposed to be the failsafe and it’s failed.”

He contacted Action Fraud, which is the UK’s national fraud and cyber crime centre, to investigate.

“Amazon won’t speak to me to say who they are. There are six bogus accounts linked to my own account,” he said.

Mr Dobney said his business has lost £22,053 so far and it could impact on paying staff and on jobs.

He has been carrying out daily checks on the business’s online accounts.

Mr Dobney said he is very unhappy with the way Amazon has handled his case, despite contacting them several times over the past two months.

“We could go out of business because of this and Amazon seemingly don’t care.

“Amazon should pay the money back,” he said.