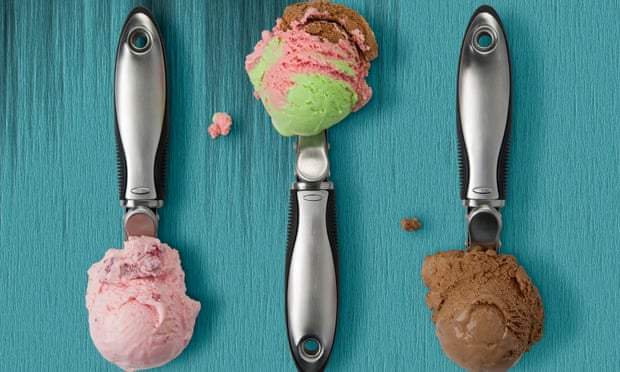 A Pakistani ice-cream salesman who lives in a slum is facing meltdown after he learned that for more than a year he was the unwitting owner of a bank account containing 2.3bn rupees (£14m).

Officials from the Federal Investigation Agency (FIA) brought Muhammad Abdul Qadir in for questioning about the fortune last month as they investigated a massive money-laundering scam involving dozens of fake bank accounts.

“I am the most unlucky man in the world,” the 52-year-old said in a television interview. “When I came to know about [the huge sum], it was no longer there.”

Outside his tiny home in the Organi slum of the port city of Karachi, Qadir told the Guardian that becoming a “penniless billionaire” had turned his life upside down.

The FIA is probing at least 77 bank accounts – typically created in the names of labourers, security guards and other down-at-heel citizens – thought to be part of a 35bn rupee (£220m) laundromat for dirty money that allegedly reaches up to former president Asif Ali Zardari.

Two years ago the State Bank of Pakistan informed the FIA about a suspicious transaction in Qadir’s supposed account, which was open between 2014 and 2015, when the untouched millions were withdrawn.

The FIA came to accept that Qadir was not involved after he repeatedly told them that, although the account was set up using a valid copy of his identity card, he had no idea of its existence and could not have signed the 2.3bn rupee transaction for one simple reason: he is unable to write.

Brought in for a second interview on 19 September, the distraught vendor invited sceptical officials to inspect the condition of his home. “Why would I be spending this miserable life if I have billions in my account?” he said.

The affair has only further impoverished Qadir. While he used to make £3 per day selling ice-cream, the father of two has been unable to return to work since his story spread through the neighbourhood.

“People started taunting me by saying, ‘Look a billionaire is selling falooda [an ice-cream topped desert].’” His mother feared rumours of fabulous wealth might incite kidnappers and advised him to stay at home, he added to the Guardian, on the verge of tears.

“I wish my friend had left his cart behind and become a billionaire for real,” said Shaheryar, who sells chickpeas nearby. “Alas it is not the case.”

An official from the FIA could not confirm to the Guardian that Qadir’s account was involved in the money-laundering scam as the agency has been strictly informed not to comment on the investigation. However, he said it was “huge and hinted at something big”.

In August a Pakistani banking court granted ex-president Zardari protective bail. The co-chairman of the liberal Pakistan People’s party (PPP), whose alleged fondness for kickbacks earned him the nickname “Mr 10 Percent” while in office, denies all the allegations.

In a separate case investigated by the FIA, 8bn rupees (£50m) was briefly deposited in the company account of Adnan Javed, a small-time Karachi businessman who never checked his balance while it was there. Javed’s company name was Lucky International.

Equities have been under pressure on hawkish Fed Chair Powell