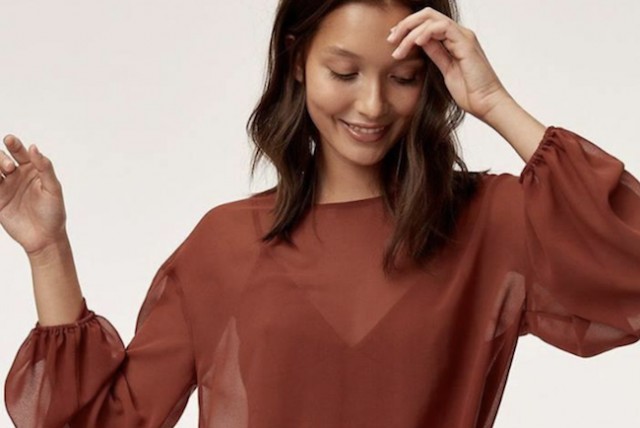 Aritzia Inc. says its net income tripled to $15.1 million in the second quarter compared with last year as the retailer extended its streak of increased comparable sales.

The Vancouver-based clothing retailer says comparable sales growth climbed 11.5 per cent in the quarter that ended Aug. 26, making for 16 quarters of consecutive growth.

It says net revenue was up by 18 per cent to $205.4 million from $174 million in the same quarter last year as it saw sales growth both in stores and online.

The company recorded a 40 per cent increase in revenue from its U.S. business.

Aritzia says it has benefited from improved product costs, the weakening of the U.S. dollar compared with last year, and a sales shift towards exclusive brands. Increased warehousing and distribution costs weighed on results.

The company opened three new stores in the quarter including in San Diego, Washington, D.C., and Waterloo, Ont.