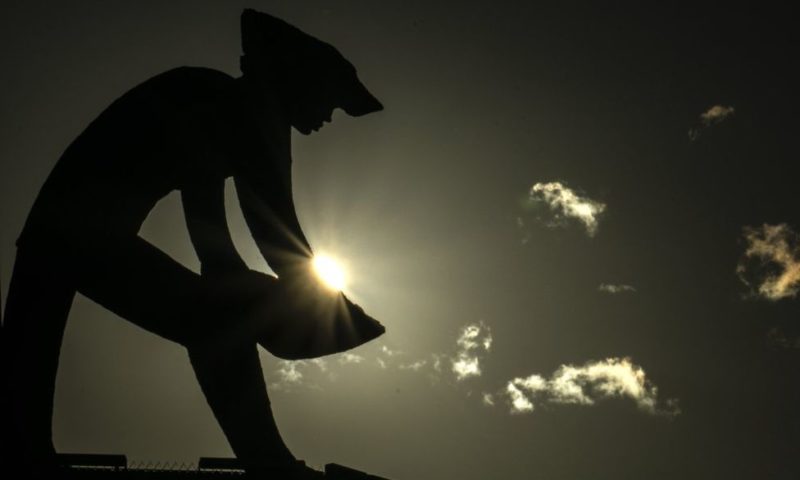 Julio Rodrigues was still a child when the Ye’kwana and Yanomami indigenous territory where he grew up was overrun by gold miners in the 1980s.

An estimated 15% of the local population in this far north corner of Brazil died of malaria and other diseases brought into the area by the small-scale miners, known in Brazil as “garimpeiros”.

Julio witnessed how the influx of strangers quickly destroyed the world of his parents and grandparents.

He says that what he experienced then taught him that he would need to be able to speak the language and understand the culture of the non-indigenous newcomers to know how to deal with them.

So Julio, like other young members of Ye’kwana group, went to live to Boa Vista, the state capital of his native Roraima state.

There he got a degree in management of indigenous territory and later became the president of the Association of Ye’kwana People, which represents his indigenous group on a national level.

While in Boa Vista, Julio became aware of the price fine chocolates can fetch on the international market, and saw a chance for his people.

He took pictures of what his people call “golden fruit” and took to the Socio-Environmental Institute, a non-governmental organisation promoting indigenous products.

The “golden fruit” of his native Waikas forest was Theobroma cocoa, the seeds of which are used to make cocoa powder and chocolate.

But it is not just any kind of cocoa. A cocoa expert the Ata Institute, which works closely with the NGO Julio had originally approached, found the pod from the Waikas forest had a different shape from all other known varieties.

The expert, Roberto Smeraldi, thought it could be a hitherto-unknown pure variety offering great potential.

To try to get confirmation, he approached Cesar de Mendes, a chocolatier who studies cocoa.

Mr Mendes, who gave up his academic career as a chemist in 2010 to create his own brand of chocolates from the Amazon, was intrigued and agreed to go on a expedition to the Waikas forest to test Mr Smeraldi’s theory.

And in the Waikas forest, the chocolatier – who travels around the region searching for rare varieties of cocoa to produce single-origin chocolates – struck lucky.

He found two distinct varieties, one with features that he says differ from all others he has known.

He also organised a workshop to teach the leaders of the Ye’kwana and the Yanomami communities how to process the cocoa pods and the seeds to make fine chocolates.

It is a process that takes 10 days but at the end those attending were able to try the first bitter chocolate bar made from their “golden fruit”. 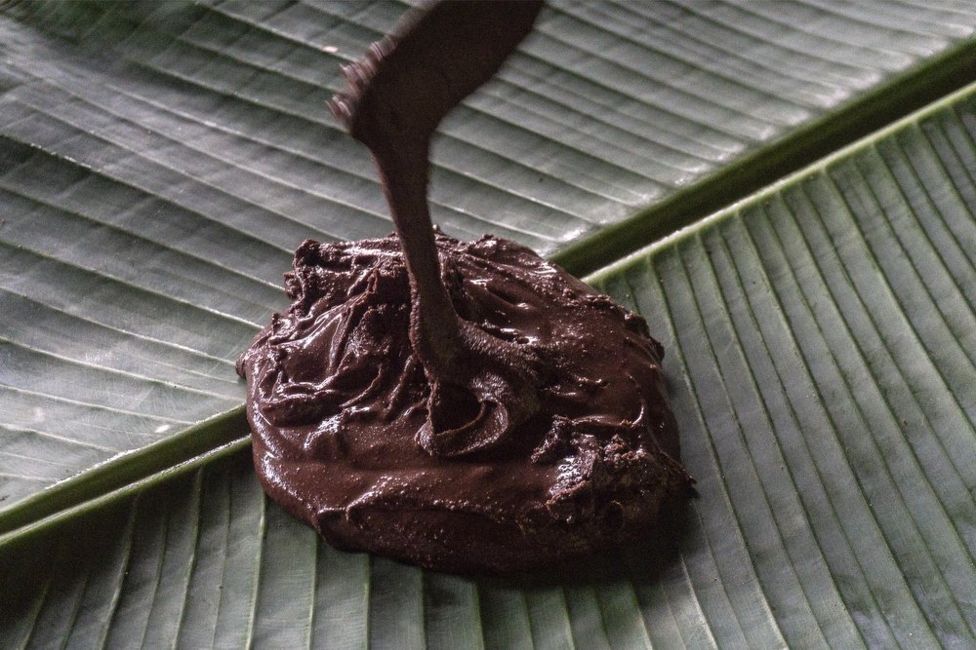 How much such a bar can fetch will depend on the quality of the finished product.

Mr Mendes took the seeds he found with him to his hometown in Pará state to try and identify their species, origin and features.

The hope is that the cocoa will prove as rare and high quality as Mr Mendes thinks it may be, as this could massively boost its value.

A low-quality cocoa sold as a commodity on the stock market is worth about £1.20 ($1.60) while a higher quality variety used to make fine chocolates can reach up to £11.

Julio says the difference the cocoa could make to his community is huge: “Today we do not live without clothes and other goods that come from the cities.”

“We need money, as we currently do not get any from our traditional activities, and cocoa seems to be a possibility,” he says.

“We have a lot of knowledge about the forest, we make lots of things that non-indigenous people sell in the cities. We will make them here to sell there,” he explains his plan.

“If this project succeeds, we will not have to go to the city or work in the gold mine to make money.”

It is a ray of hope for his community at a time of renewed threat. Over the past years, the number of miners has again begun to increase.

Julio and his fellow community leaders hope that their “golden fruit” will soon offer an alternative to the lure of illegal gold mining.